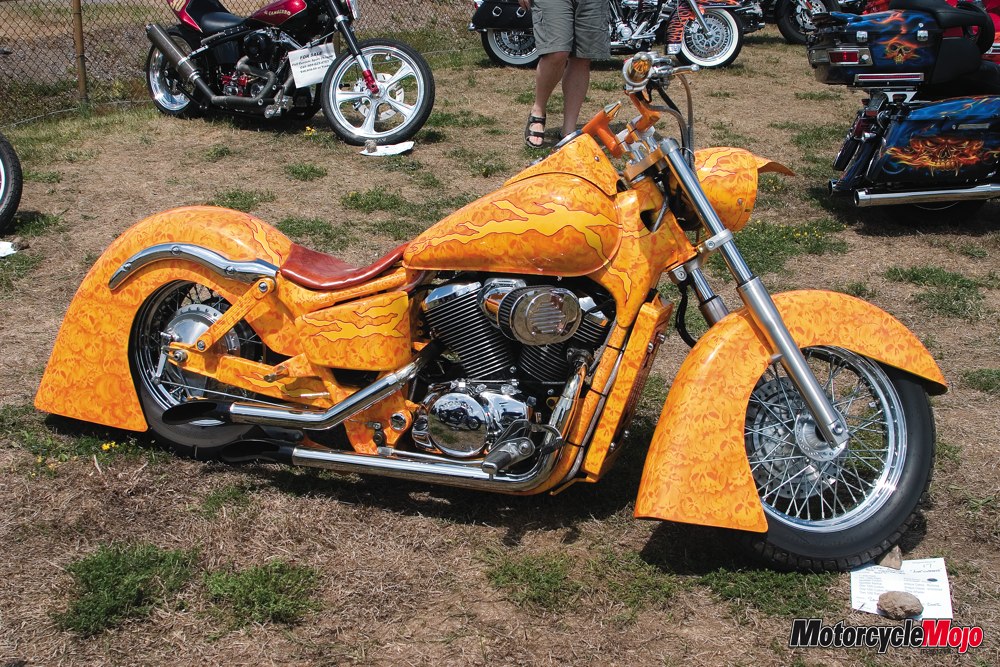 “Congratulations to all the builders. It must have been hard for the public to determine who should be victorious. All the bikes entered were phenomenal and deserved to win.” 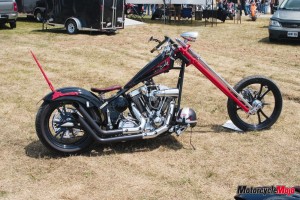 the Canadian Biker Build-Off completed its third year on July 28-29, 2007 and by all accounts was a resounding success. The weather couldn’t have been better, leaving the show-goers to bask in the sunshine all weekend. Show promoters, Randy Doan and Vern Savage of Savage Productions did a great job of getting the third year event off the ground. Past years have been a little shaky for the show due to bad location or a few too many hassles from property management. The 2007 Build-Off was held at the Niagara Regional Exhibition in Welland, ON, and it seemed to go off without a hitch.

Vern and Randy brought Elizabeth Fritshaw on board as the event coordinator and to help the management team for the 2007 competition. The general consensus of all those concerned was that she played a major part in the smoothness with which the event played out.

The Canadian Biker Build-Off has now inked a five-year contract with the Niagara Regional Exhibition. The Exhibition grounds seem like an ideal spot for an event like this. There is plenty of room to expand and still keep lots of space for motorcycle and car parking and on-site camping. The new location also offers many restaurants, pubs and hotels in the immediate area.

Saturday’s attendance seemed to be a little slow but the crowd on Sunday picked up considerably with the ride-in Show N Shine attracting large numbers of bikes and spectators. Radical Randy was once again the show’s MC and did an excellent job keeping the crowd at the main stage under the huge tent entertained during the fashion show, celebrity interviews and at the awards ceremony.

Cyril Huze was the celebrity builder in attendance this year, signing autographs and having photos taken with his fans. 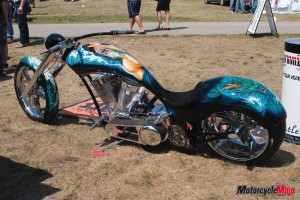 On top of the ride-in Show N Shine that is open to anyone, the Canadian Biker Build-Off is just as the name suggests. Professional Canadian builders enter their bikes for some big time prizes and fame. Although there were only seven entries, two of which never showed for whatever reason, the pro bikes entered were of the highest quality. We have an awful lot of talent in this country and it would be great to see more of the pro-builders entered. However, summer is the busiest season of the year for a bike shop and finding time to possibly close up shop and travel any distance has to be hard to do when there are customers counting on you.

Judging of the pro bikes was done on Saturday by The International Master Bike Builders Association from Wisconsin, U.S.A. to determine the top bikes in the field and who would carry on to the next stage of voting. The public decided the ultimate winner on Sunday who voted by casting a ballot for their favourite bike.

Since The Canadian Biker Build-Off is an affiliate of the world famous Rat’s Hole Custom Bike Show out of Daytona Beach, Florida, Georges Thomas won, among many other prizes, an all expense paid trip, with his bike, to Daytona Beach Bike Week next spring to compete in the 2008 Rat’s Hole Show.

Be sure to pack a tent and check out the Canadian Biker Build-Off (www.canadianbikerbuildoff.com) on July 25-27, 2008 at the Niagara Regional Exhibition in Welland.