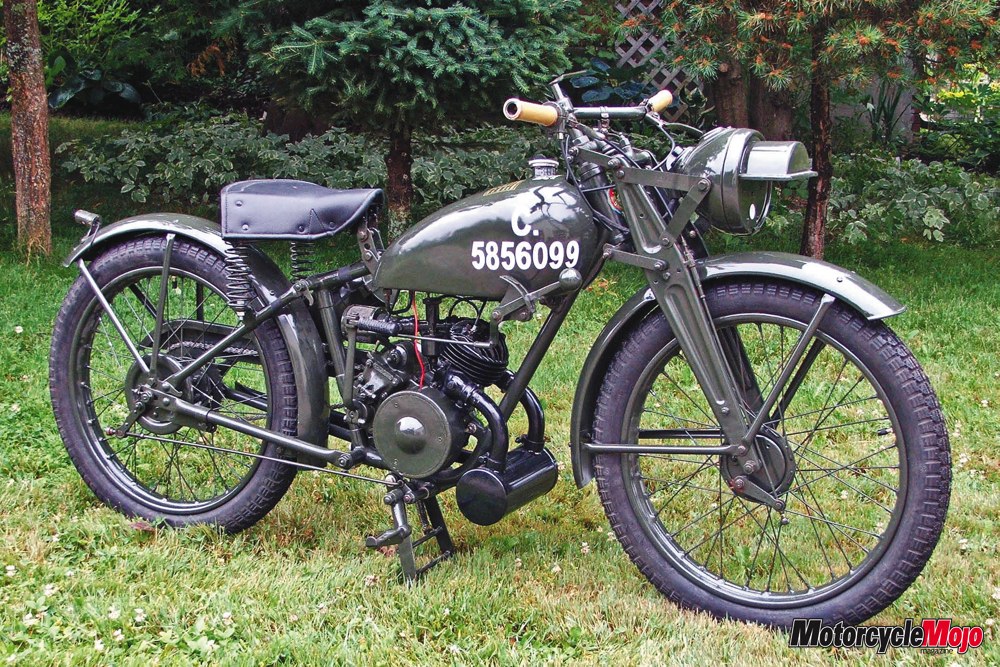 I have just completed a restoration of a military version of the James ML as used by Canadian Paratroops and of course the ‘Brits’ in 1943-44.

From start to finish was 30 months, but I was also working on my James Comet during that time. A lot of time was spent finding parts, the engine I already had on my shelf, the choke and air filter came from England, as did the tailight. The engine is a 125cc Villiers.

It is built to portray the last but one James ML supplied to the British army of the last contact (1500) in 1944. The British Army bought a total of 6125; a number of those were used by the Canadian paratroops.

After I completed the restoration of my 1948 civilian James ML, I had one wheel and a pair of fork blades left over, which is where this bike started. The frame is actually from a 1947 model and I got the gas tank at the 2004 CVMG Paris rally. A search then began for the rest of the needed parts, assisted by my brother in England. Several parts I had to make from scratch.

While the bike is a collection of parts, it is 99% true to a 1944 model right down to the yellow handle bar grips held on with copper ferrules.

I feel proud that I have resurrected a small piece of our military history.