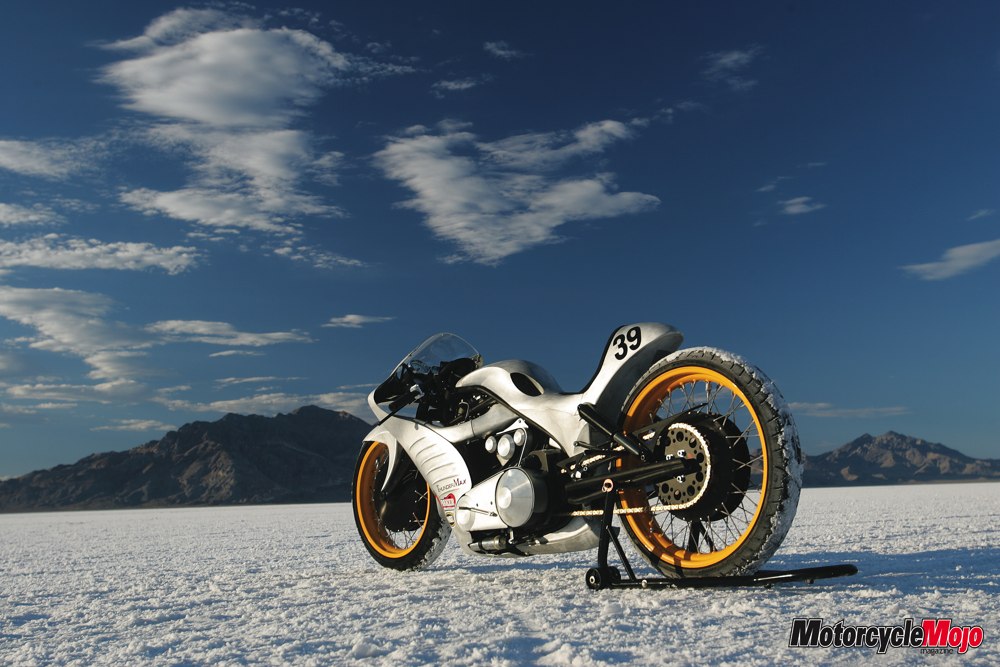 Roger Goldammer’s record-breaking run at the Bonneville Salt Flats last year was enough for him to get a taste ‘for salt’ and return again this year.

This time, along with the BRP powered twin he designed and raced last year, he took his newly created bike that merges together both the custom and the performance worlds. He also wanted to test the single-cylinder concept and race it first. His newly created bike was initially designed to be street legal so now that it has raced, he will refinish it with all the trimmings required like headlight, taillight, turn signals etc. This bike will then become a custom with a bit of history unlike any other.

Goldammer’s single ran an average speed of 155 mph but he thinks his exit of the final timing marker was around 165 mph. Not bad for half a V-twin.

This year proved tough for everyone. Goldammer ran into shifting problems, and the salt was very wet and slippery resulting in everyone’s speed being down 10-20 mph.

Two ‘sit on’ motorcycles and one streamliner crashed, one at 300 mph.