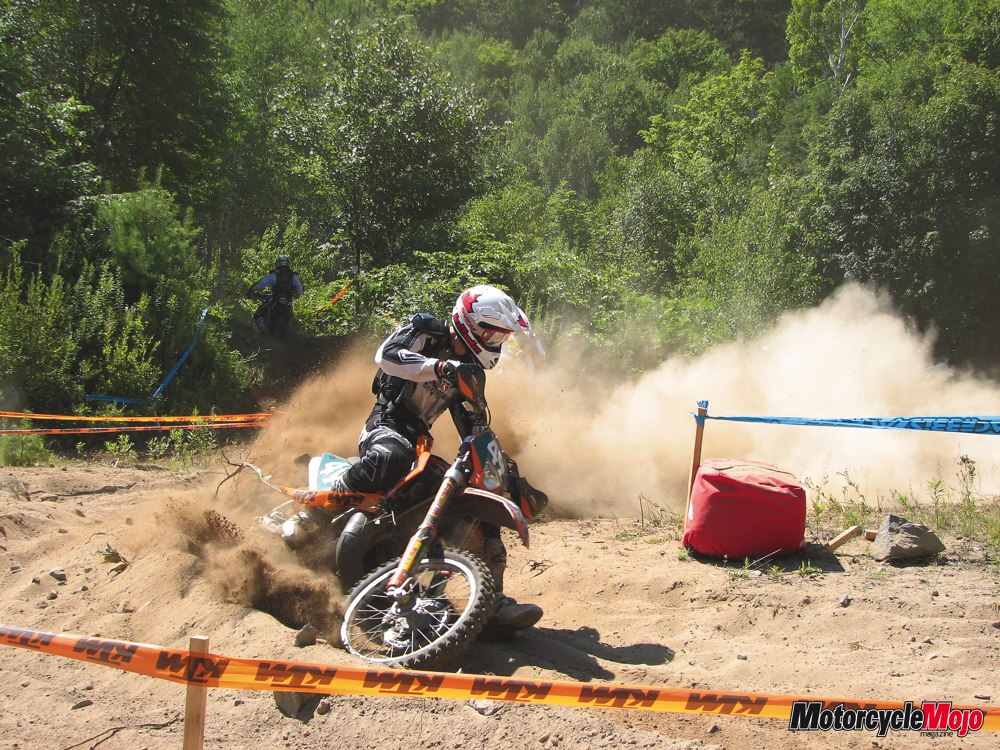 After the success of the 2006 World Enduro Canada (WEC) Championship round hosted at Parry Sound, Ontario, the return for July 28 and 29, 2007 was met with anticipation by both enduro fans and racers alike. At this year’s event, competitors travelled a 65 km route through thick forest, deep sand and mud and rugged rocky sections only the Canadian Shield could muster. Three specially designed test sections required competitors to race against the clock challenging the skills and riding styles of all of the world-class racers.

For 07, WEC officials listened to some of the concerns of both the fans and the competitors from the previous year’s event and modified the track accordingly. This allowed easier spectator access to the special tests, while still maintaining the challenges the competitors expected after last year’s tough course.

In the senior classes, Finnish rider Juha Salminen (KTM), landed on the top spot after scoring victories on both Saturday and Sunday in the Enduro 1 class. Simone Albergoni (Yamaha) and Marc Germain (Yamaha) finished second and third on both days as well. In the Enduro 2 class, Samuli Aro (KTM) scored the first place spot followed by Miko Ahola (Honda) claiming the second position. On Sunday the two competitors switched places with Ahola claiming first and Aro moving to second. In Enduro 3, Ivan Cervantes (KTM) scored victories both Saturday and Sunday after front runner Marko Tarkkala crashed out on the first day of the event.

KTM Canada stepped up again this year with a special reward for the top placing Canadian. Kelowna, British Columbia, native Cory Graffunder was the highest placing Canadian scoring the best lap times of all the Canadian competitors during both days of competition. By winning the 2007 KTM Canada Enduro Challenge, Graffunder wins a free trip for two to Las Vegas to compete in the prestigious Endurocross race in November.

While FIM regulations do not allow an event to be held in the same area more than twice in a row, competitors and fans are hopeful World Enduro Canada will be as entertaining and competitive as the Parry Sound leg no matter where it is held in Canada. “It was great to see this level of competition in Canada,” enduro fan Craig Ruggles stated, “Let’s hope the event returns to Parry Sound in 09.”