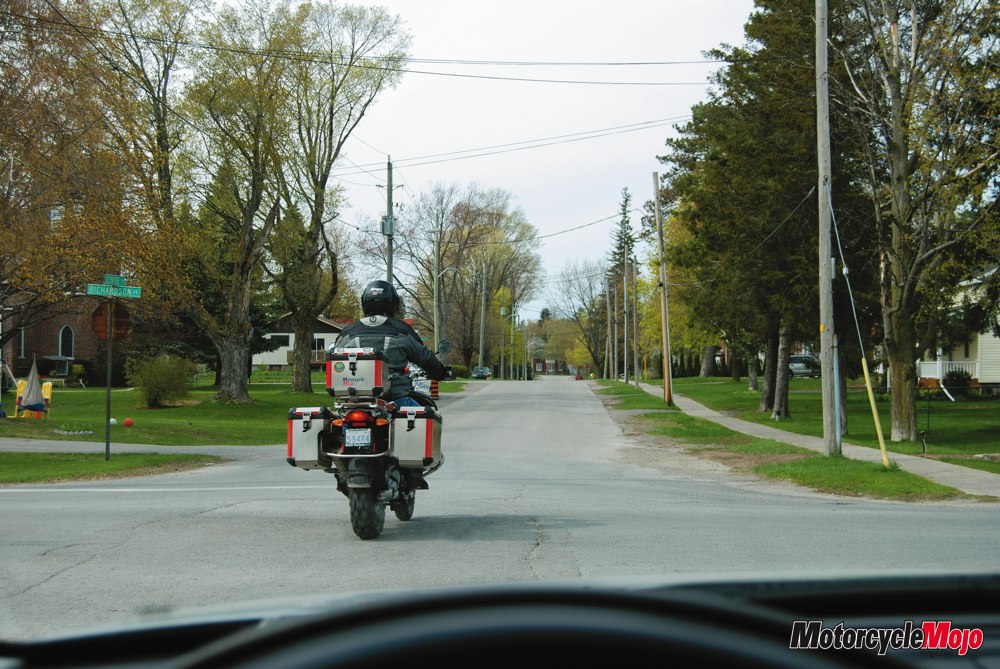 Nothing strikes more fear in my heart than ‘the other guy,’ the other blind Buick, the other crazy Caravan or that one cage driver that may not see me.

We read about it, hear about it: ‘a such and such year old male/female motorcyclist and passenger were struck by a car making an improper left turn. The car driver has been charged with careless driving causing death, services for one of our own is on Wednesday, there will also be a collection for the passenger who is currently undergoing surgery with non life-threatening injuries.’

To get a better understanding of what really happens, I had a look at some statistics from Canada (Statistics Canada), the U.S. (NHTSA) and a neat study done in Auckland, New Zealand by some very curious epidemiologists. There are some serious lessons to be learned from the recorded numbers and observations.

For the purposes of this article I’ll use the time period between 1995 and 2005 because that’s when comparable results rolled in from all three studies. In the U.S. during 2001 there were 3,197 motorcycle fatalities. Canada posted 157 for the same time period. At first blush these numbers make it appear that we’re safer drivers and riders, but by factoring in that we average about ten percent of American stats by population and then subtract our winters which pretty much pooch six of twelve possible riding months, 157 versus 3,197 looks close for normal comparisons. Reading the statistics makes one ask what the reasons behind a motorcycle injury or fatality are, and how best to avoid any collision.

Three things leap out from the statistics and studies:

In a study done by the University of Auckland, 433 motorcycle crashes that involved an injury or a fatality were reviewed along with 1,233 motorcyclists interviewed at selected roadside survey areas. The focus of the study was to determine if there was a relationship between conspicuity measures such as the use of reflective or fluorescent clothing, headlight operation and the colour of the rider’s helmet.

It was found that 66% of crashes occur in urban areas with a 50 km/h speed limit. 63% of these crashes happened during the daytime and 72% of those happened in fine weather. I can imagine the gist of circumstances: urban neighbourhoods, lots of small stop sign or stop light controlled intersections, people are heading off to work, or back home from work. I would imagine that New Zealand is much like anywhere in North America where most people are in a hurry and planning a bazillion things during the commute. Simply put, some cage drivers, and to some extent, riders, may have their minds on something other than driving or riding while cohabitating on roads with many intersections. How to be safer in the urban world? A good defence mechanism and risk reducer for riders is nothing more than offering a bright visual image delivered smack in a drivers face. In the Auckland study it was found that reflective or fluorescent clothing dropped rider risk by a whopping 37%. The use of a white or light coloured helmet was associated with a 24% lower risk. From the self-reported survey sites – helmet colour, dark versus light indicate a 19% lower risk. Headlight use was associated with a 27% lower risk. Further reference to NHTSA (2005) statistics indicate that 50% (2,347) of all motorcycle fatal crashes involved collisions with another vehicle in transport, 78% of the motorcycles involved were impacted in the front and 6% of those were impacted from behind. Enhanced visibility sounds like a worthy option.

The odds indicate that the brighter you look–the longer you’ll avoid an incident. I recall being in downtown Victoria, B.C., the traffic was light and I found myself behind a pick-up truck. At the next intersection I wound up beside the pick-up whereupon the driver royally dressed me down for having an ‘obnoxious headlight,’ he said it was way too bright. I asked him if he could easily see me to which he replied with some colourful terms that he could. Despite some ruffled feathers I was very pleased because anything less may have meant that I didn’t stick out like a sore thumb, which is a priority for me when I’m on a bike. Besides, Mr. Pick-up has a crumple zone whereas I am the crumple zone. I didn’t offer an apology.

This may sound like a no-brainer, but when you review the statistics, there is obviously a bunch of people that just don’t get it. NHTSA (2005) record fatal crash comparators with blood alcohol content (BAC) at or above .08 grams per decilitre as being: Motorcyclists 27%, passenger cars 22%, light trucks 21%, heavy trucks 1%. Why anyone would get all liquored up and then go for a ride is beyond me, however in the U.S., 41% of the 1,878 riders who died in single vehicle crashes had BAC levels of .08 g/dL or higher. The majority of these crashes happened on weekend nights. Lesson learned? Leave the wobbly pops alone until the bike is well and truly put away.

For some reason motorcyclists seem to be good at running into something solid that didn’t jump out in front of them. In 2005, motorcycles made up 26% of fixed object, fatal crashes compared to 17% for passenger cars, 12% for light trucks and 3% for large trucks. I believe one could argue that these statistics may be impacted by several factors such as rider skill, speed, alcohol, road judgement and riding history as manifested by previous driving records. NHTSA compiled driving record statistics and a few numbers jump off this page. Motorcycles are second only to large trucks in recorded crashes; motorcyclists involved in fatal crashes have the highest (comparative to other vehicle types) impaired driving convictions, speeding convictions and recorded license suspension or revocations. Here’s a real kicker, nearly one out of four motorcycle operators involved in fatal crashes were operating with invalid licenses at the time of the collision. If they didn’t have a valid license, I doubt very much that they ever attended a motorcycle safety course.

The highest risk age group threw me a bit of a curve as there’s a marked difference of ridership between the years recorded as well as differences between Canada and the U.S. regarding age groups. In the States during 1995, the under 30 age group posted the highest fatality rates at 1,104 with the numbers dwindling down to 547 for the over 40 crowd during the same year. In 2005 the under 30 age group recorded 1,438 fatalities, which considering the rise in motorcycle popularity, the recorded fatalities have only risen slightly and may even represent a decline if measured against the number of registered motorcycles. The surprising number is that the 40+ age group jumped from 547 fatalities in 1995 to an incredible 2,143 fatalities in 2005. Unfortunately, I couldn’t find any supporting documentation that would confirm either way if this rise was due to an increased ridership or more of us old guys are simply trying to capture a Darwin award so there’s a bit of subjectivity here. In Canada, motorcycle fatalities as defined by age groups during 1995 and 2005, has remained consistent with the 25 to 34 age bracket being the largest segment.

So far I’ve written a little over a thousand words of doom and gloom and from this there are some messages that we all can make good use of:

•Alcohol. Don’t even put booze and bikes together in the same sentence.

•Visibility. Make yourself look like a bright yellow transport truck. Anybody who knows what’s what won’t laugh.

•Auxiliary eye balls. Ride with them in the back of your helmet; never, ever ride with your guard down.

•Motorcycle safety courses. Sharpening skills is always good medicine. Sign up for one or three.

•Understand your bike and your limits, how fast can you really do a controlled stop? How fast can you pick out your escape route? Spend some time in an empty parking lot and practice.

•Want to crank up some real big numbers on the speedo? Go to a track, get some professional training and then fill your need for speed. At least on a track you won’t encounter a mini-van full of kids coming in the opposite direction or pulling out in front of you at an intersection.

•Trust or anticipate another driver or rider to do something? Never!

In reviewing my own riding habits, I can pick out more weak spots than I really care to admit. I need to increase my visibility because I currently ride with crumpled grey Belstaff outerwear and a black helmet which stands out like mud on mud; that could be better. I have a habit of scrolling through my bikes’ computer or mucking with my Garmin at the dumbest times… temperature, time, fuel consum… HOLYCRAPTRAFFICSTOPPED! Did that one the other day on a crazy part of the 401. I go too fast, so I’ve put an ugly yellow sticker above my bars that says: ‘Slow Down!’ followed by my grandkid’s initials. We’ll see how long it takes for me to ignore that note. Once in a while I ride too far in one day for my own good, last time was Thunder Bay to Belleville when I really didn’t need to, after the first nine hours of riding I was probably making all sorts of daft mistakes. Daydreaming, I’m great for that, I snap my helmet shut and within twenty minutes I’ll be off in a world of my own. I routinely miss exits while on auto pilot. Focus, focus, focus.

Motorcycling has its risks, but so does walking, taking a shower or simply living. By recognizing the risks and doing everything in our power to minimize them, our reward is a lifestyle that many people will only dream about. Two wheels offer the best seat in the house. Bar none. MMM