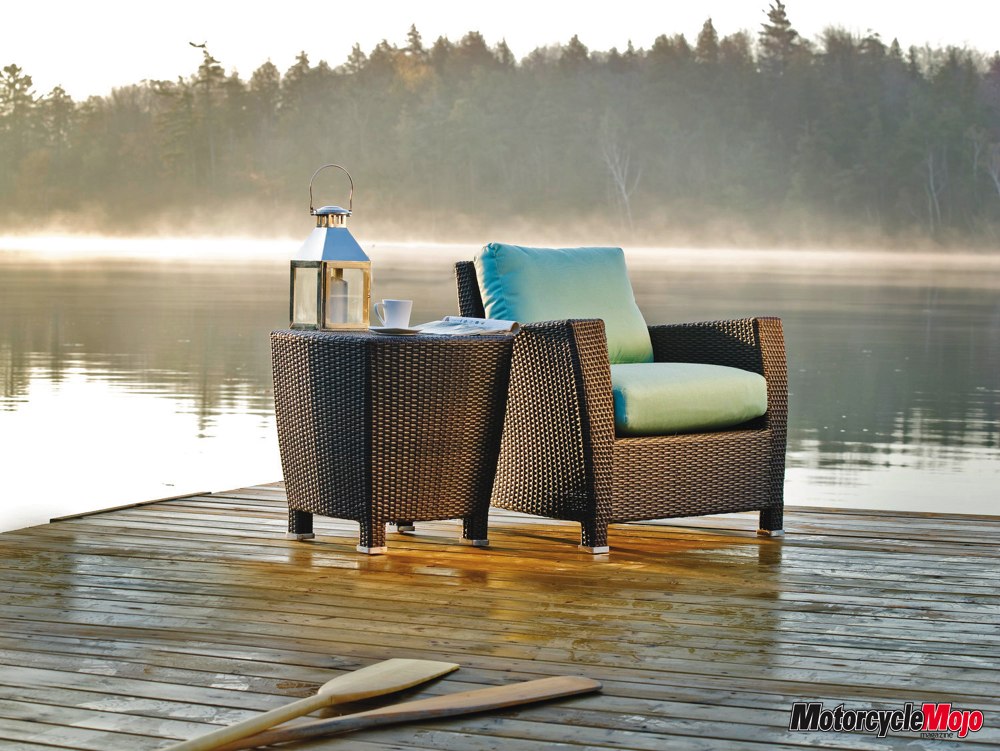 Whether you’ve just left the dealership with your new dream bike, or you’ve spent mega-thousands on your customized ride, once you close your garage door, the only image you have of your sweet ride is but a vision. You can try to describe to your friends what your bike looks like, but without it actually being in front of you to point out the details, your description, most every time, wouldn’t do it justice and might just fall on deaf ears.

They say that a picture tells a thousand words, but in the case of work from Jonathan Bielaski at Light Imaging, a thousand words might be a little on the light side. A highly motivated product and motorcycle photographer with a passion for adventure is evident in Jonathan’s vibrant photographs. Those of you who have received a few issues of Motorcycle Mojo have seen just a small portion of the exceptional work of this talented photographer.

Jonathan has been around the art of photography all his life. “My father was a master print maker, so I grew up in a darkroom from when I was first born” Jonathan chuckled. In fact, photography was so engrained into Jonathan from his earliest ages, he opened his first commercial photo studio when he was in Grade 10, complete with a professional 4×5 large format camera. After high school, his continued interest in the field of photography led him to pursue higher education at Sheridan College where he graduated with Honours from the prestigious Photography and New Media Programs.

Jonathan cut his teeth on traditional film and developing his own prints but he is glad the digital age has arrived. Digital allows so much more flexibility and does away with the darkroom and the harsh chemicals needed, but it isn’t without its downfalls. While digital technology was maturing, many of the traditional film based photographers failed to stay in tune with the technology due to the learning curve or the sheer cost to upgrade and subsequently went by the wayside. Bielaski knew from the outset that to stay in business, upgrading equipment and knowledge were paramount. Bielaski spends a small fortune annually on equipment, replacing perfectly good cameras or a set of studio lights with even higher quality equipment. Currently, Light Imaging uses cameras that deliver a minimum of 21 megapixels.

Another downfall with the advent of the digital camera is that the general public is more apt to shoot their own photos and edit the pictures on their home computer to adjust the mistakes that result from their lack of knowledge, a well-known scenario and bane to all professional photographers. While Jonathan agrees this is commonplace, he also knows that there is no substitute for knowledge. When it comes down to capturing consistently perfect images in any environment, experience, knowledge and top quality equipment is king, as are his finely honed skills in complex lighting and set design. On the upside of the digital revolution, Jonathan is able to shoot motorcycles in a way that would be impossible to capture using film technology.

As mentioned earlier, shooting digital makes a job flexible and that is key to Jonathan’s business which allows him to be more accommodating than most professional photographers. While he still has a complete photo studio, he is also totally mobile and can shoot anything anywhere. He recently bought a retired ambulance and retrofitted it to suit his company’s needs. Everything he can do from his static studio he can do from his studio on wheels, which include complete digital editing capabilities for those clients that need a job done ‘yesterday’.

This ability to move onto any location with a full array of gear isn’t limited to his rolling mobile studio, either. Although Jonathan is based in Southwestern Ontario, he and his equipment are ready at a moment’s notice to fly anywhere in the world. While Bielaski and his equipment spend many days per year shooting throughout the United States, he recently took his family and photography equipment for an extended trip to New Zealand, and this year he hopes to spend some time in Europe. He said being dropped off by a helicopter on the top of a mountain glacier in New Zealand is only one of the most bizarre locations his skills have taken him.

The only problem with being in demand and on the road is that it cuts into riding time. Jonathan currently rides a slightly customized Suzuki SV650 and being that Bielaski is a visual kind of person, his bike, of course, has a radical custom paint job, done by Gargoyle Graphix.

While Light Imaging will shoot anything, one of his favourite subjects are motorcycles, as is evident by the various samples shown here.

Truly a Master in his field now, Jonathan learned a great deal from his master photographer father and now he has his own protégé. Jonathan is primed to pass on his skills to his own infant son who has already been known to periodically travel to photo shoots taking it all in.

Next time you try to describe your sweet ride to your friends in the dead of winter, remember that a picture tells a thousand words, and what could add more to the anticipation of that long awaited ride than a professional one-of-a-kind photograph hanging on your wall to remind you of what’s waiting for you in the garage. Knowing Jonathan, I’m sure he’d even include a wallet size photo for your travels.

To view some of Jonathan’s work, check out his website for a full line of people, products, industrial, architecture, and of course, motorcycle photography.