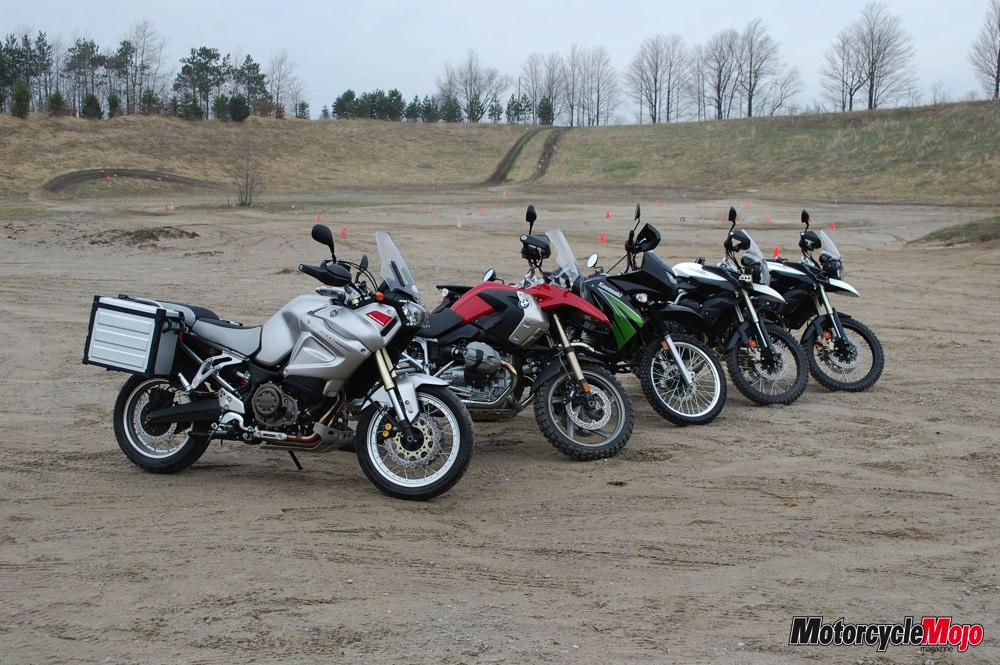 Since the beginning of the motorcycle era, people have used the single-track vehicle for transport, whether it’s been around the block, around the country or around the world. People love adventure and riding off of the beaten path, and motorcycles have served that desire well. The difference between yesteryear’s motorcycles and today’s is that many years ago, without the options of today, riders were just badly abusing the then-standard motorcycle. Then along came the term “adventure-touring.” This buzzword started a whole new genre of motorcycling.

The 2004 film Long Way Round was fuel to the fire, and many riders added long-distance adventure riding to their bucket list. BMW basked in brisk sales of their R1200GS and R1200GS Adventure, the granddaddies of adventure-touring bikes, as other manufacturers soon realized the potential of this market and scrambled to design and build models of their own.

Even some seven years since the release of that film, adventure-touring motorcycle sales are still doing quite well, and this style of bike is a predominant motorcycle on our continent’s asphalt landscape.

Everyone craves adventure and longs to explore the road less travelled; after all, isn’t that why most of us ride motorcycles in the first place? I don’t mean that everyone should ride around the world, but even turning off of the main paved road onto gravel can be adventurous if you have never done it before. But beware, getting into soft sand, dirt, mud, gravel or generally slippery surfaces is a whole new ball game, and while it can get the adrenaline pumping, it can also land you flat on your face if you aren’t prepared. This type of riding also requires learning a whole new set of skills to make the most of your off-road experience, but where can a person safely learn skills like this?

There are a number of off-road riding schools in Canada, and these are the ideal courses to learn how to deal with unstable or slippery conditions. I recently spent a day getting dirty, and wet, at S.M.A.R.T. (Snowmobile, Motorcycle, ATV Rider Training), an off-road training centre. Formerly CMTS (Canadian Motorcycle Training Services), S.M.A.R.T. is located in Horseshoe Valley, Ontario, and has a long history of teaching off-road riding to children and adults, but usually on smaller (50–250 cc) and easier-to-handle trailbikes.

The bigger bikes have always been an option at the course, but until school owner and chief instructor, Clinton Smout, earned a BMW rider-training certificate by taking a BMW-authorized training course, he didn’t pursue the bigger adventure-touring bike courses. Now, S.M.A.R.T. is one of only four locations in Canada (see end of article for others) certified by BMW, and he and his crew of instructors are jumping in feet-first and opening the doors to training owners of all makes of big trailbikes. The adventure-touring course is designed so students would use one of the school’s smaller bikes in the morning and then hopefully progress to their own adventure-touring bike in the afternoon. And thanks to a few local BMW dealers, the big trailie training days are filling up fast.

I was fortunate to take part in one of the training days earlier this summer. The sky was overcast and a thunderstorm warning kept many of the students at home for fear of melting. Those willing to brave the elements were Chris Ellis from Triumph Canada, who was on a new Tiger 800XC, Bob Calwell from Kawasaki Canada, riding a new KLR650, myself on a Triumph Tiger 800XC courtesy of Triumph Canada and, of course, Clinton, who rode a resident BMW R1200GS. Clinton also took out a 2012 Yamaha Super Ténéré that is available at the school, but it still had street tires mounted at the time, so it stayed mostly on the sidelines.

The course began with an overview of what would be involved during the full-day course. A few of the topics covered included riding on loose surfaces; the pitfalls of traction control and ABS when traction is not an option; how to safely get your bike back onto level ground if it stalls on a hill; steering by weighting your foot pegs; and the various ways available of picking your bike up after a spill – because, in these conditions, there will be times that your pride and joy will fall, especially if you have no training.

Our initial on-bike practice required riding in soft sand and on a gravel parking lot, and learning the effects of what happens with and without ABS. Let me tell you, ABS, like traction control, has no place on a motorcycle when you are challenging traction.

Our next practice seemed to be crazy acrobatics that had us shaking our heads, wondering why we needed to perform this stunt. While riding on hard-packed gravel, we repositioned ourselves to ride sidesaddle, and then rode standing up with our right feet on our left foot pegs. This little escapade proved that counterbalancing the bike – weighting the left peg so that we had to tilt the bike to the right – kept it going in a straight line, leading us directly into the next exercise.

A bike will turn more sharply if it is leaned over, but that is not always the most prudent move when going slow. Performing sharp figure-eights proved to us the counterweight theory. By leaning the bike over to complete the tight turn, counterweighting the bike (leaning opposite to the turn) became necessary to prevent it from falling over. Very good information to know when tackling tight, single-track bush trails.

While the practice was entertaining, it was time to use the skills we had learned. I was really looking forward to riding the new Tiger 800XC, and while it handled with ease in the parking lot manoeuvres, I wondered if I had bitten off more than I could chew by taking this 215 kg (473 lb.), 94 hp three-cylinder into the bush. After all, this was literally my first ride in seven months, due to a minor wrist operation last fall that had me out of commission for a few months.

We began our ride on the big trailbikes through a field before entering the forest. Getting used to the weight of the bike and the feel of the rear end as it broke free is all part and parcel of trail riding. We took it slow and gradually increased our speeds as the complexity of the trail system increased across the two hundred acres that the school has access to. Eventually, we took on some single-track weaving in between trees and over rocks and roots. It was challenging and entertaining, and I’m glad I was able to experience some training beforehand.

The Triumph Tiger handled just as I had hoped. It didn’t feel as heavy as it actually is, and was easy to keep in control at all times . . . well, except for once in the single track, where I was in control, but sort of out of control at the same time. I thought I was going to clip a tree with a mirror or the bark busters, but the end of the day rolled around without incident. The power delivery was smooth and predictable, although I doubt if I had it past second, which seemed to be its sweet-spot gear for the sandy fire-roads and the single-track bush that Clinton led us through.

Even taking some time on the small motocross track proved to be easy on the big bikes. Landing, after getting a bit of air, was no problem for any of the bikes. I never pass up an opportunity to ride a bike, and Kawasaki Bob offered me the KLR for a rip around the track. The KLR is one of those bikes with a long track record of world travel. Previous to the 2008 redesign, this bike had stood the test of time and durability over a run of twenty years with very few changes. Its single cylinder liked the revs to be kept up around the track, and while it wasn’t as peppy as the bigger multi-cylinder bikes on hand, it held its own and rode well.

Learning how your bike will react to adverse conditions is so important, not only to the off-road rider, but to the street rider as well. All riders must know how to recover in a loss-of-traction condition, and that can mean the difference between you going down with your bike or an adrenalin rush as you come out of it unscathed and grateful, knowing you had the skills to respond quickly and confidently. I truly believe that all riders should take an off-road course, as you will learn things that cannot be learned or practiced on the street. For those with an adventure-touring bike, if you think you’d like to hit some gravel or a few trails this summer, do yourself a favour and take an off-road course. You and your bike will be glad you did.