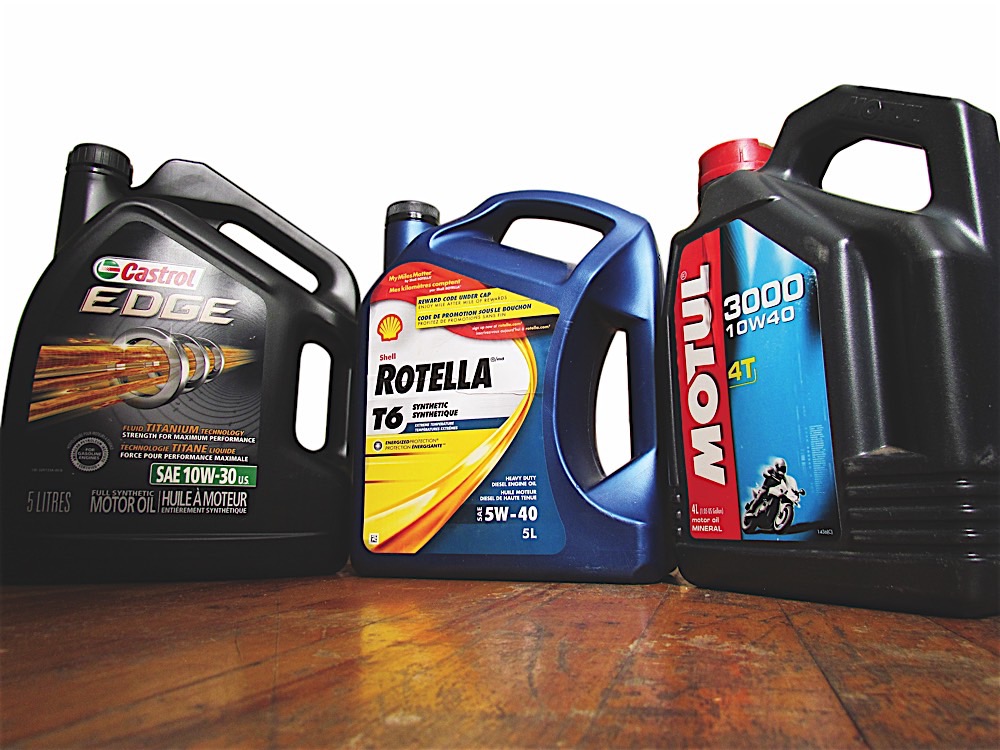 Stu Seaton introduces us to oil on page 14 in this issue as he discusses oil viscosity. Here, we’ll look at a few of the other markings you’ll see on a bottle of engine oil, what they mean and what you should look for, which is especially important when shopping for motorcycle oil.

Whether oil is the conventional petroleum-based type or synthetic, it will have a service classification from the American Petroleum Institute. This rating, which can be found in the API service symbol and often referred to as the API doughnut, tells you for what type of engine the oil is designed. The rating starts with an S for gasoline engines and a C for diesels.

The rating began decades ago, progressing from SA to the current SN rating (skipping SI and SK). You can still find oils with ratings as early as SJ, which was introduced in 1997, but SH and older ratings are obsolete, so if you find an unopened can of SH oil, it’s probably two decades old. 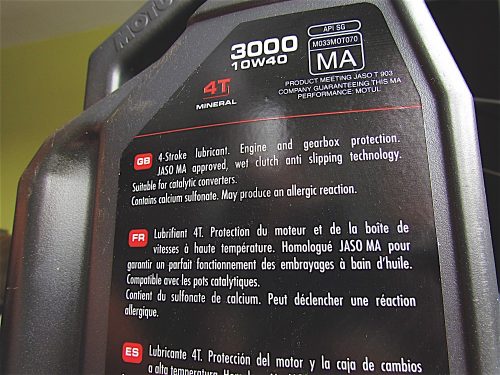 The SN rating, introduced in 2010, signifies oils designed to protect modern, normally aspirated engines, which have much tighter tolerances than earlier engines, as well as provide lubrication for turbochargers, while resisting their high running temperatures. It also has tougher sludge-control properties than the earlier ratings, is compatible with the latest oil-seal materials and protects engines designed to run on E85 gasoline, which contains up to 85 percent ethanol.

Most of this sounds great, but motorcycle engines have different requirements, because most of them have features not present in modern car engines. These features require specialized oils. Most motorcycle engines are unit construction, meaning the engine oil must also lubricate the transmission. Some engines use roller or ball bearings on the crankshaft, instead of split plain bearings, which also have special requirements regarding lubrication. Finally, add to that a wet clutch, and you can see that automotive engine oil might not be the best choice.

SN-rated oils contain friction modifiers designed to improve fuel economy. These friction modifiers don’t always agree with wet clutches, and in extreme cases, they may even cause the large roller or ball bearings to slide in their races, potentially causing engine damage. 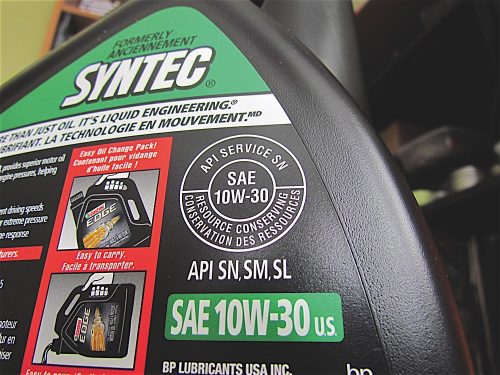 Motorcycle oil must also have excellent “shear stability,” the oil’s ability to resist a thinning of viscosity as it passes through the engine. Multi-grade oils contain viscosity index improvers that stabilize the viscosity. However, as the oil is stressed under high loads, it shears these viscosity improvers, thus thinning the oil. The meshing of transmission gears under power produces very high pressures, which break down the oil quicker than in engines without incorporated transmissions. This is also the reason that when a transmission is separate from the engine, it almost always requires different, much thicker oil.

This is where the Japanese Automotive Standards Organization (JASO) rating comes into play. As automobile engines and EPA standards developed over the years, so did engine oils, to meet those constantly changing requirements; it is these changes that made automotive oils less efficient in motorcycle engines. So, in 1998, JASO developed a rating specifically for motorcycles. There are three main JASO ratings for four-stroke motorcycle engines: MA, MA2 and MB.
JASO-rated motorcycle oils do not contain any friction modifiers. This is critical for proper clutch operation, but it doesn’t stop there. MA-rated oils are designed specifically for engines equipped with wet clutches, and they must pass a clutch friction test. This test determines how well these oils transfer power as the clutch engages, how quickly they allow the clutch to engage and how well they withstand torque with the clutch fully engaged. They also have improved shear stability to deal with high transmission loads.

JASO MA2 oil was developed in 2006 to meet the requirements of motorcycles with catalytic converters. MB oil is designed for engines that are separate from the transmission and clutch. 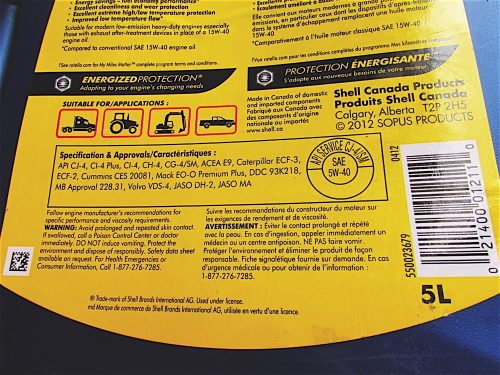 Good-quality motorcycle-specific oils will have a JASO MA rating, but, as you know, they are considerably more expensive than automotive oils. This is to be expected, because they must be refined separately from automotive oils, and they are produced in much smaller quantities. This doesn’t mean you should limit your choices to motorcycle oils: for years I have been saving money by using Shell Rotella T6 synthetic diesel oil. If that sounds odd, just turn the container over and you will find it is rated JASO MA.