Organizers lay out the toughest event yet

My right hand is firmly grasped around the throttle of the BMW R1200GS, gently feeding just enough power to keep me moving forward along a track barely wider than my tires. To my immediate left is a steep drop, down which I dare not look to see just how far I’d fall were I to put a wheel wrong. The track follows the contours of a hillside so steep that the right foot peg sometimes scrapes along the wall-like ascent. Once in a while the right crash bar bunts a tree trunk, thrusting the bike to the left. Occasionally an overgrown tree root nudges at the front wheel, trying to coax it over the edge.

There are trees to stop me, I think as I duck to avoid being bopped on the helmet by a low-hanging branch. It seems that nature is telling me motorcycles don’t belong here. But I carry on in the 34-degree heat and humidity that feels like a sweltering sauna. Sweat pours over my eyebrows and burns into my eyes; several days of this heat and humidity have made the inside of my helmet smell like a bag of fermented socks. “It’s going to be fun,” we were told at the start. 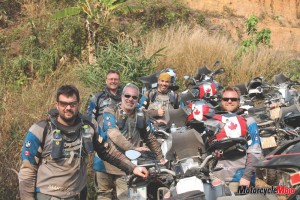 That was day six of the 2016 edition of the BMW GS Trophy, the toughest day in a week of extremely challenging riding. The day’s 10 km stretch of single-track trail took about an hour and a half to negotiate. Route organizer Tomm Wolf wasn’t kidding when he said at the beginning of the rally that we’d probably hate him by the end.

BMW hosted the first GS Trophy in Tunisia in 2008, and the biennial event has since travelled to South Africa, Chile, Western Canada and, this year, to northern Thailand. Each year the event gets larger and the routes get tougher. 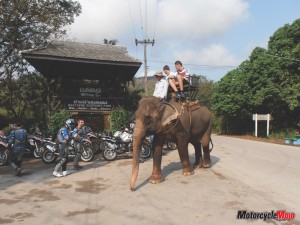 Anyone who rides can qualify for the event by taking part in his respective country’s GS Challenge qualifiers, which in Canada were held in 2014 and 2015 in Ontario and Quebec. This year’s Team Canada members are Danick Cyr, a 40-year-old paramedic (a reassuring profession, I found) from St-Calixte, Que.; Scott McDonald, 40, who works as an auto technician in Regina; and Cory Villeneuve, 44, from Ottawa, who’s in insurance. All of them are highly skilled riders, each having proven his abilities by winning a GS Challenge.

Adding to the difficulty, two years ago the bigger, heavier R1200GS replaced the F800GS as the chosen rally bike. I had participated in the 2010 GS Trophy in South Africa, so I knew it was a challenging prospect, but this year’s pre-rally communications declared the 2016 edition in Thailand would be the toughest yet, with a slower pace, much more technical riding in high heat and daily routes varying in length from 140 to 280 km. 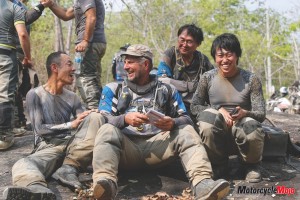 Having no intention of returning home from the Trophy in pieces, I began training as soon as I got the call to attend as Team Canada’s media guy from BMW Canada’s Rob Dexter two months before the start of the event. My daily regimen included cardio exercises, spinning on my bicycle and a revised diet that cut out a bunch of fat, gluten, sugars and other tasty stuff. It worked; I felt great and I had lost 12 pounds before leaving for the Trophy.
In all there were 57 competitors from 25 countries making up 19 teams, plus 19 journalists (one per team), as well as some VIPs, BMW media, medics and other staff. Oh, and there were two other Canadians present, handling marshalling duties: Brian Kiely and Patrick Horan, both of whom I’d previously ridden with when they were part of Team Canada during the 2010 GS Trophy. And for the first time in GS Trophy history, there was a women’s team.
Realistically, the weakest links in this travelling community of off-road riders were the members of the media, who… didn’t actually qualify for