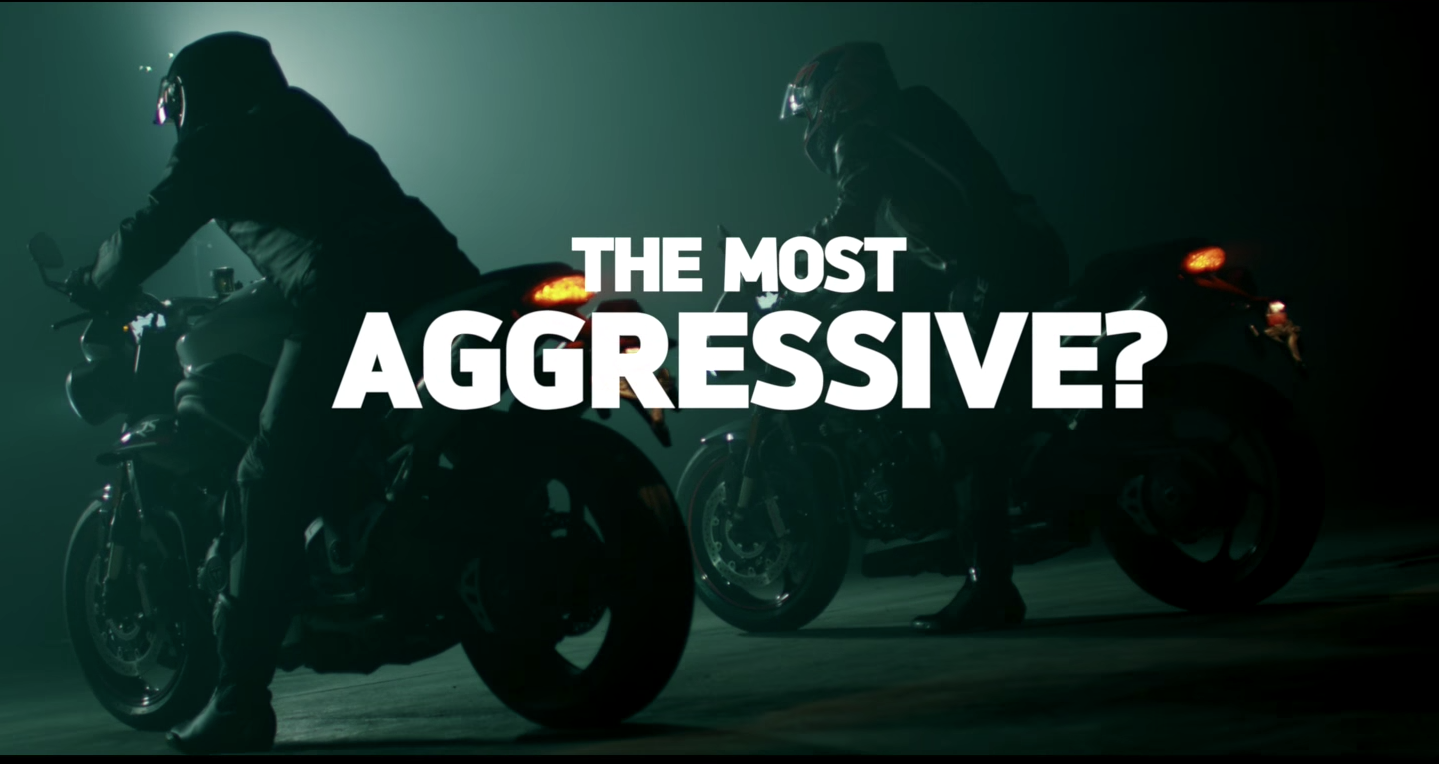 The first Triumph Speed Triple hit the roads back in 1994. It was, and has remained the quintessential streetfighter; However, in recent years, the Triumph has seen the competition pulling away with lighter, more powerful and more tech-laden examples now residing atop the heap.

Triumph has, it would seem, recognizes this disparity, and has begun the teaser campaign for the launch of a new Speed Triple. They’ve also employed the riding talents of a couple big names for the accompanying teaser video.

The new model doesn’t look to be breaking any moulds with its outward appearance, but we’d bet there are some major updates coming that are more than just skin deep – at least we hope. . .