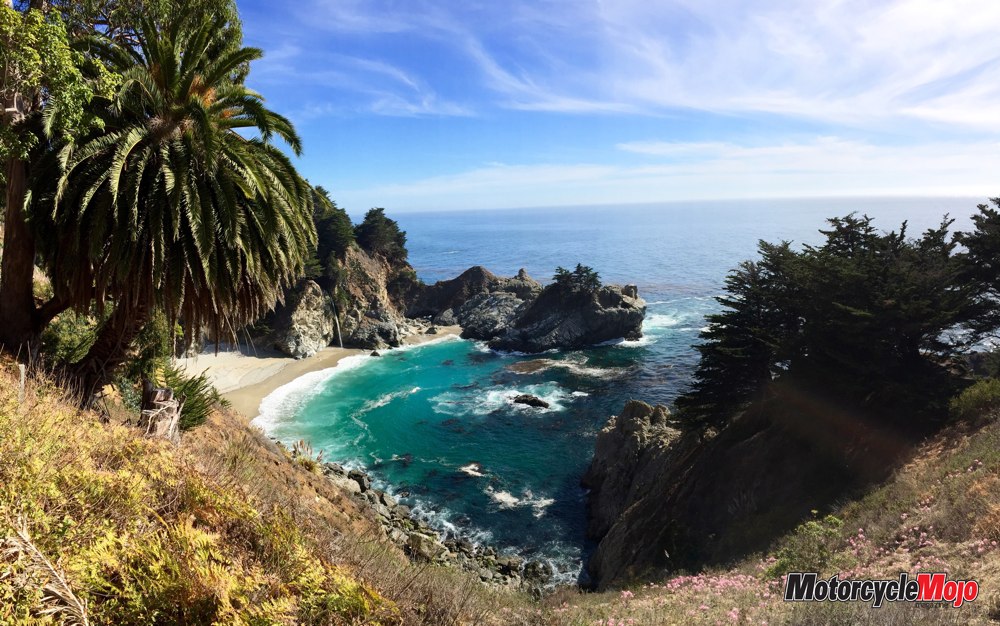 It pays to listen to those who know, and where can you get better advice if not from someone who has visited these secrets locales many times?

Story and Photos by Jamie Elvidge

California’s southern Pacific Coast Highway (PCH) is as famous a scenic road as they come. People travel from all over the world to take pictures of Rocky Creek Bridge, to soak in the hot springs around Big Sur, to eat oysters at Domenico’s on the Warf in Monterey.

I grew up on this coast. All my best memories are encrusted in its getaways: beaches, towns and bays strung like charms along the highway’s exhilarating twists and scenic straightaways. In some ways, my intimacy with the area feels like a personal thing, as if the sanctuaries and secret side roads should be kept mum and therefore remain pristine. But more often than not, I’m inspired to share them with people who appreciate a good motorcycle tour in the way I do. Besides, what are treasures if they are not admired?

Though it begins in Dana Point, the PCH is nothing but city streets, and rural fits and starts until you hit San Luis Obispo, about 418 km up the coast. Yes, there are fabulous riding roads in the mountains about Malibu and great day trips out of Santa Barbara, but they are not borne of the highway as much as they are destinations in themselves.

This set of secrets starts just above San Luis Obispo and ends just below San Francisco. 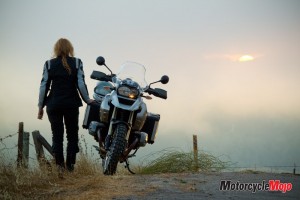 Cambria is a quiet spot on the PCH and a great launch pad for your adventure. It has the appeal of a small town, without the touristy pull of neighbouring Morro Bay or San Simeon. Plus, it’s the terminus of must-do Santa Rosa Creek Road (secret #2). Moonstone Beach is the jewel of Cambria, an uncrowded strand littered with glistening agate, jade and quartz. My favourite place to stay is the Cambria Landing Inn & Suites, where most rooms have an ocean view. It’s not stuffy like some of the other beachfront lodges on the coast, and you can usually get a room on short notice. You can always get a good meal at the Moonstone Beach Bar and Grill, where you’re likely to see dolphins, seals and even whales passing by. Staying in Cambria will give you a fresh head for an a.m. romp up Santa Rosa and San Simeon Creek Roads, which do, indeed, require total concentration.

This is one of the best-loved, least-trafficked sidewinders on the south coast. Ride through Cambria toward the hills until you see the small sign for Santa Rosa Creek. It’s unbelievably twisty and scenic, so decide early whether you’re feeling like a sightseer or a squirrel, since this is one road that won’t allow for both. It’s single-lane, steep and loaded with off-camber corners, eventually hooking up with Highway 46, which you can take back down to Hwy 1. Or, if you’re like me, you’ll turn right around and ride Santa Rosa Creek back down.

Call this the secret only the tourists know about. I can’t tell you how many times I’ve heard locals say they have never visited this wonderful castle. Yes, it is a touristy stop, but totally worth a tour. Just as California’s missions and Wild West towns are a huge part the state’s history, so is this amazing relic of Hollywood’s heyday. Tours start at $25. 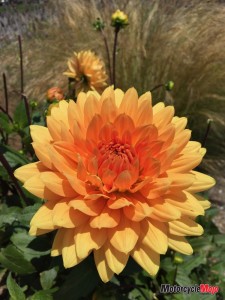 The coolest place to view California’s plentiful elephant seals is Piedras Blancas Vista Point, just 13 km north of downtown San Simeon. A huge colony has established itself on the sandy shores, and it’s always up to something, even if it’s just noisy sleep. The viewing area here is a perfect place for photos.

Here’s an awesome side trip that keeps you headed up, or down, the coast, but throws in some amazing ocean views. You’ll want to take Plaskett Ridge Road up into Los Padres National Forest. Stay on winding Plaskett until it becomes Coast Road, which will lead you north to a connection with local favourite and current mudslide go-around Nacimiento-Fergusson Road (next secret).

This road is busier than normal these days because it’s the only way to bypass the mudslide damage caused by some crazy storms in 2016. Rutted and twisting steeply up into Los Padres National Forest, it’s not for the faint of heart. It will take you all the way over Highway 101, if you want to take the time. If you stay on the ocean side of the hills, Nacimiento-Fergusson branches into Cone Pine Road, which eventually becomes more of an off-road trail, ideal for adventure motorcycles, and heads back down to the coast. Even if you’re not sporting knobbies, taking this road for as long as you feel comfortable is worth the effort. You can ride through the old Hunter Liggett military base and visit the Mission San Antonio de Padua, then ride back over to catch the best views, which are optimal from east to west and early in the day.

This is another out-and-back road for daring street riders, but it’s the adv crowd who will especially enjoy the asphalt goat path and dirt portion toward the end. You’ll find the turnoff for Coast Ridge on the east side of the highway just before popular Pfeiffer Big Sur campground. If you pass Sycamore Canyon Road on the west side of Hwy 1,
you’ve gone too far. 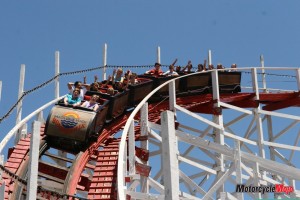 There are only 15 rooms at the vintage Lucia Lodge, built in 1931, but it’s often overlooked by tourists, so you can secure a bed on short notice. The cliffside view is worth a stop, even if you only have a meal in the restaurant. If you do stay for the night, vie for the Honeymoon Suite, which isn’t all that romantic, but is perfectly situated for an amazing view over the cliffs.

Big Sur isn’t actually a town, but rather a 145 km region of pristine coastline. The villagers refer to it as Big Sir, but it’s really just a dot on the map with a couple of gas stations and sundry shops. You can find places to stay ranging from thousands of dollars per night to a few bucks for primitive campsites. I like the Ripplewood for its…