Home / News and Press Release / Harley-Davidson Battle of the Kings, Bigger than ever

Battle of the Kings get larger than life with the addition of Canadian and US dealerships competing for the title. 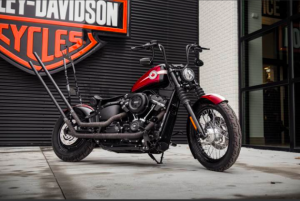 After an epic international showdown in 2018 Battle of the Kings, Harley-Davidson’s annual dealer custom build-off competition is set to be bigger than ever before in 2019. This year sees even more countries, including Canada and the United States of America joining the battle to be crowned the best in the world.

With over 350 entries already, defending the title will be the toughest yet as competition heats up on a global scale. Any model in the Harley-Davidson range may be selected as a base for the build (excluding Trike and CVO models) meaning dealers have more choice than ever before in order to create a title challenger. To further inspire the competition dealers must choose from three style categories – Dirt, Chop and Race – for their build. The rules for the build are simple – 50% of the parts used must be genuine Harley-Davidson accessories and the customization budget is a maximum of 50% of the donor bike retail price.

The Battle of the Kings competition takes place in national and regional phases throughout the year with the ultimate winner and 2019 Battle of the Kings Custom King to be decided and crowned in November 2019. Voting for the Canadian phase of Battle of the Kings opens online February 14th. All competing Harley-Davidson dealers will be showcasing their custom built-off until March 15th for everyone to admire and vote for their favourite custom motorcycle.