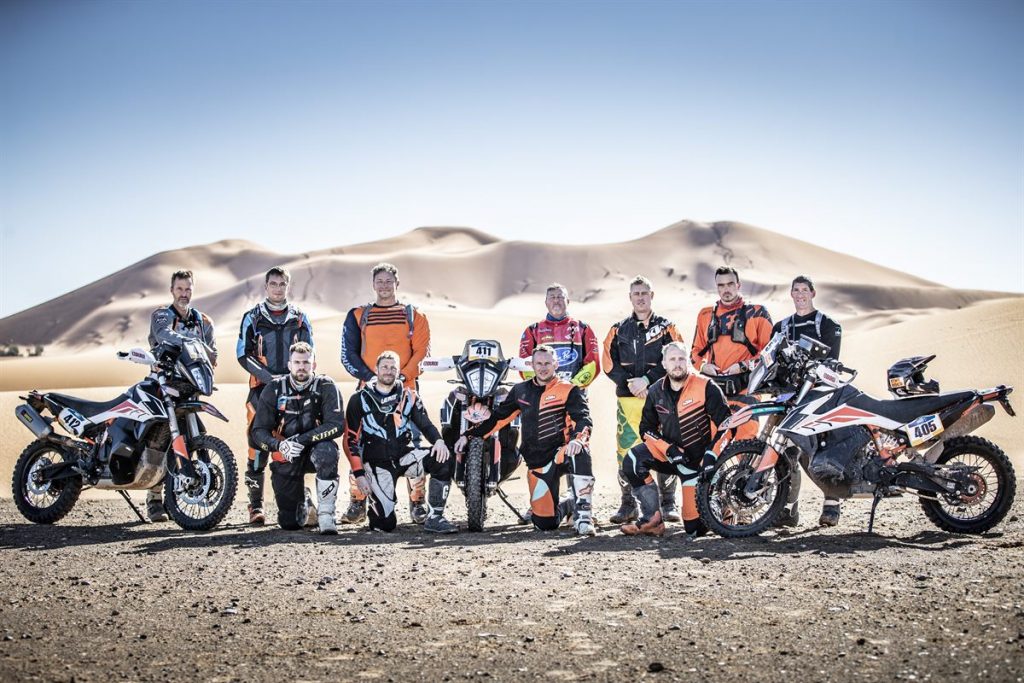 The KTM Ultimate Race 2019 put 12 riders from around the world through six days and over 1000 kilometres of harsh riding. Canadian riders did us proud, Radek Burket received second place and Vasile Scurtu placed eighth in the tough competition.

Scott Myers from the USA took the desert by storm in order to become the winner of the first ever KTM Ultimate Race. The 50-year-old raced in the Moroccan sands as part of the Merzouga Rally racing on equally prepared KTM 790 ADVENTURE Rs. 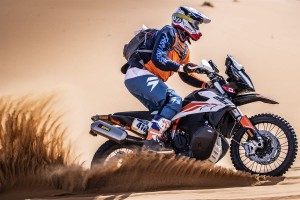 The Ultimate Race is a special class at the Merzouga Rally, very similar to the main event riding most of the same route, however, instead of being on 450 dirt bikes, riders raced on the 790 Advenure Rs. The rally consists of five stages throughout six days, with stage three and four being an overnight marathon stage. Like the pros, throughout the rally, riders received help from the team mechanics except for in the marathon stage.

The riders qualified to race at the rally by winning the top two positions in one of the six KTM Adventure rallies held internationally throughout the year. The Canadian Adventure Rally was held at Silverstar Resort in British Columbia this past September and will be in Rossland for 2019. Riders Radek Burkat and Vasile Scurtu blew away the competition and won their spot in the Merzouga Rally there. Scurtu said “It was a experience that I will never forget for the rest of my life. To qualify for the ultimate race with my best riding buddy and race the Sonora rally together one week before Merzouga then travel here made it even better.”

Radek did well throughout the first day of the rally but Scurtu had a bad crash on day one injuring his knee, a pain that he would feel throughout the remainder of the competition. “I managed to finish the stage but for the next couple of days my left knee was really sore.” said Scurtu. 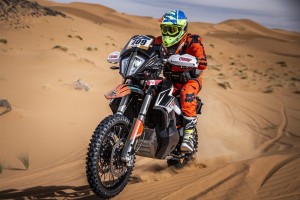 Myers was chased hard throughout the stages by second place finisher Burkat. He was a mere 59 minutes and 55 seconds back. “This was the first KTM Ultimate Race so no one knew what to expect. KTM pulled all the stops. None of us imagined we would be treated to such an experience. The KTM Ultimate Race is the pinnacle of what you can do on an adventure bike. It’s not just about being the fastest rider, but about learning quickly, having good navigation, keeping your cool, making good decisions, along with a good amount of luck.” 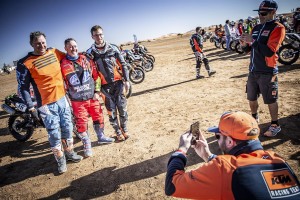 The final stage of the rally started with a mass start of riders, rallying through a sea of sand dunes. Luckily the 790 performed the task at hand beautifully. Scurtu gave us his first take on the bike. “The 790 it’s so amazing in the big dunes. Awesome feeling to ride a big adv bike in the dunes and pass rally bikes. The 790 is mind blowing. It is so much better than my 990 Adv R that I highly modified, and this 790 was stock.” He continued, “So stable at any speed and terrain, the low center of gravity keeps the bike glued on the ground. Suspension on the bike is so good in stock form all you have to do is take it out and ride it hard. Another highlight of the 790 for me was the engine power and throttle control. This will eliminate a lot of clutch work for me and arm pump at the same time, riding the technical single track we have up in Canada.”

Radek felt the same about the 790 saying, “Out of the box this is the most complete and dialed package I have ever ridden. To put it in perspective, on the most aggressive dune stage some of the 790R bikes came in in the top 20 per cent of all the rally competitors racing $60,000 custom developed and tuned rally bikes and dirt bikes.”

Now it’s time to prepare for next year, if you’re thinking of heading to the Rossland Adventure Rally brace yourself for hard riding and meeting incredible people. Upon winning Myers said, “This is the best feeling in the world. You have no idea how happy I am right now. It was extremely tough, especially in the last stage. I just kept watching and thinking this has got to end! It was so hard. I was following Jordan (Huibregtse, USA), he crashed, then he followed me, then I crashed. And we just kept doing that for the whole stage. But what an awesome experience. So cool.”