In Europe it’s common to ride small bikes. Why not in North America?

Photos by: Justin and Nathan Mentink

“Yes,” said Justine Sturgeon, one of my students on the motorcycling basic course in New Minas, N.S., in the spring of 2012. They were out in B.C. planting trees in 2011 and decided to load up their camping gear and belongings on a trusty, small (17 hp) Honda and ride it across Canada.

Justine and Nathan Mentink’s fun 10-day adventure crossing Canada on a small-bore bike made me think that maybe many North American motorcyclists are missing out on a fun segment of riding. Often, over the eight years that I taught as a motorcycle instructor with Nova Scotia Safety Services, I was surprised and concerned about the large number of beginners going to big bikes right out of the course.

What is a Small-Bore Bike? 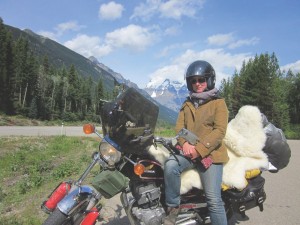 For the sake of this article, I will use bikes 500 cc and under as my definition of small-bore bikes. Today’s technology combines lighter materials with amazingly powerful fuel-injected engines. I look back on my own motorcycling since 1982, and note that the 250 kg, air-cooled 1981 Yamaha 750 cc Virago I rode for 14 years had almost the same power-to-weight ratio as my 175 kg, liquid-cooled 2017 Kawasaki Versys-X 300, with the same top end speed of 170 km/h.

British motorcyclist Ted Simon, who wrote Jupiter’s Travels, went around the world for four years beginning in 1973 with a 500 cc Triumph Tiger 100, which has the same 40 horsepower as my Versys-X 300. He wrote that the smaller bike allowed him to get through tight areas easily and most of his riding was at 80 km/h anyway, so the smaller bike was all he needed. 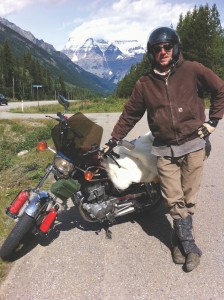 Let’s look at some of the advantages of a lightweight bike. They are easier to ride and handle. They are less expensive to buy and insure. In terms of maintenance, tires are usually cheaper and last longer. As well, a lighter-weight bike usually equates to being more economical on fuel. If you drop a lightweight bike, you can manage to lift it easily on your own. Lightweight bikes are usually less prone to theft compared with their chrome-covered big brother cruisers. Riding a lightweight bike for a couple of years is great training before moving up to a heavier and faster class. A smaller bike offers you great manoeuvrability. Finally, a lighter bike also means you are less likely to get a…