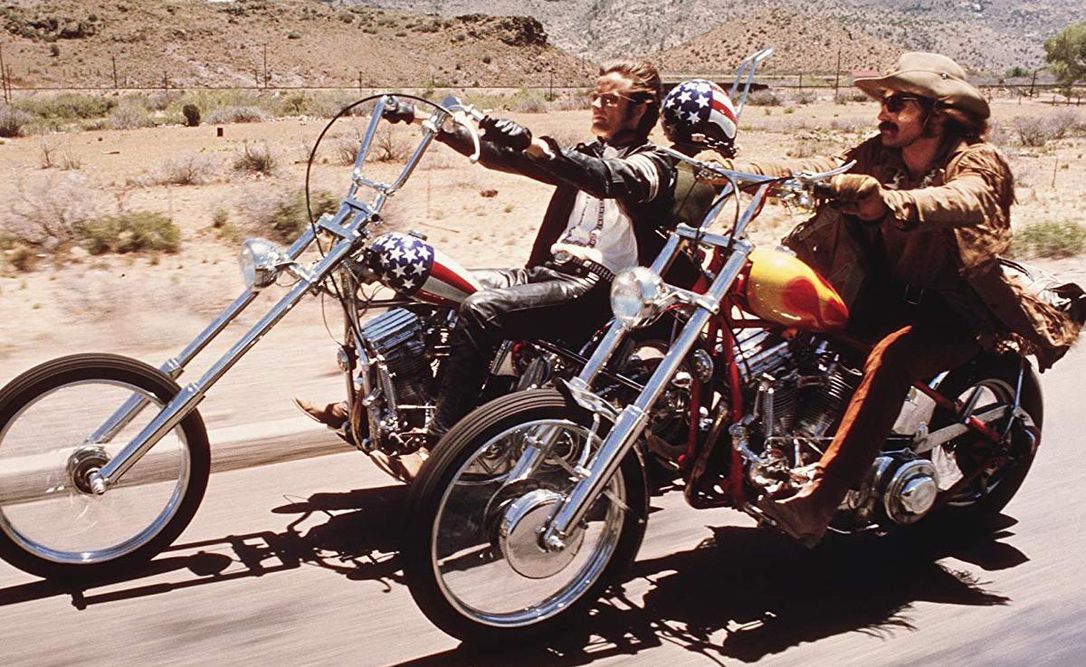 Fonda is arguably the most recognized figure when riders and non-riders speak of motorcycling. Putting forth the image of the rebellious biker in search of freedom on the road. “While we mourn the loss of this sweet and gracious man, we also wish for all to celebrate his indomitable spirit and love of life,” the Fonda family commented. “In honour of Peter, please raise a glass to freedom.”

He has starred in iconic motorcycle films such as The Wild Angels and most famous, Easy Rider.

Although the image of a savage unruly biker wasn’t shared by all motorcyclists, the films have become a pillar in the foundation for motorcycle culture gaining more and more recognition through the years. We find it eerily comforting that this is also the year of the 50th Anniversary of the release of Easy Rider, the film that Fonda is best-known for. The film earned him an Oscar Nomination for his acting and co-writing in the film. In 1997, the actor received another nomination for best actor in Ulee’s Gold.More recently he also stared in motorcycle-related movies such as the Wild Hogs and Ghostrider. Fonda was often known to push boundaries in many counterculture films in the ’60s and ’70s and will be remembered by many for his acting.

“We want to be free to ride our machines without being hassled by the man” Peter Fonda, The Wild Angels 1966.