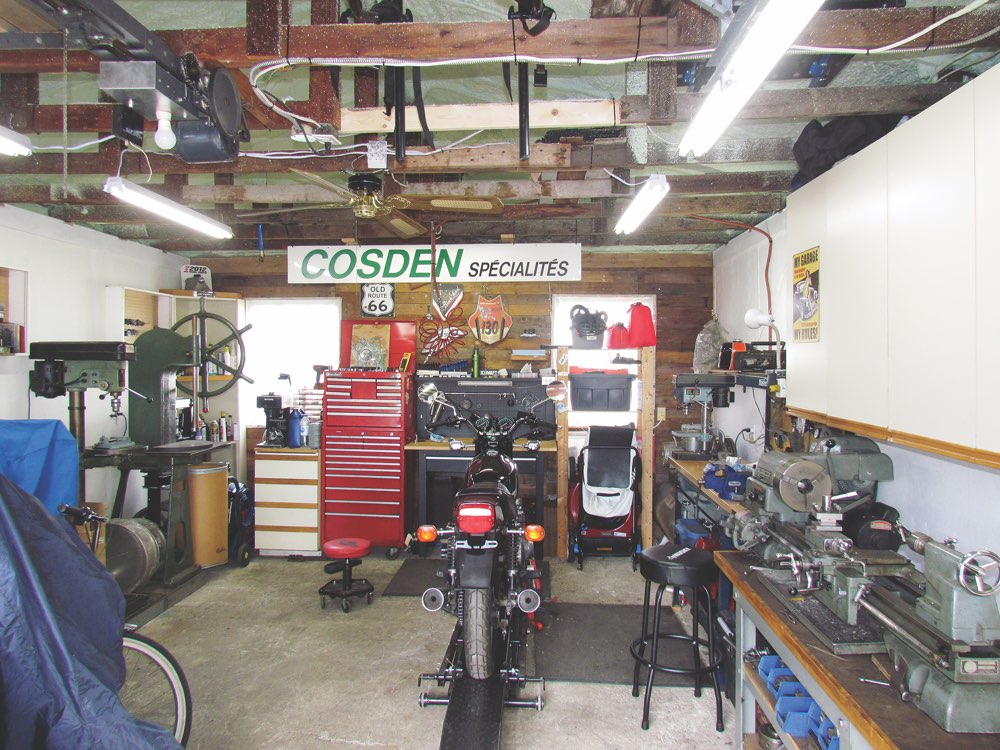 I met Denis Lavoie in 1984. That was the year I began working at Harley-Davidson Montreal, for which he was head mechanic. Born on the north side of Quebec City, Denis’ passion for motorcycles began when he was young, and was focused on working on them, flat track racing and Harleys. Two of his three brothers, Martin and Paul, shared Denis’ affinity for two wheels. For years, those two brothers raced flat track in Canada and the U.S., often on Harley XR750s. Paul, like Denis, has been working on bikes for years; Paul currently operates LRX Performance, a machine shop near Calgary where he does engine work for top-level motocross racers. Bikes run in the Lavoie family.

After Denis spent a couple of years working as a motorcycle mechanic in western Canada while in his mid-20s, he moved to Montreal, where he took a job at the Harley dealer. I began working there as an apprentice mechanic fresh out of trade school. I learned some things at school, but Denis taught me how do dig deep into an engine; how to rebuild top ends completely; how to rebuild a bottom end; how to align a crankshaft. All the major work. Denis was ready to lend a hand to anyone, for any reason, and he was always very grateful to anyone who did the same for him – no matter how little the task. He’d give you a hearty two-handed handshake and show his gratitude with a sincere “Merci infiniment!” 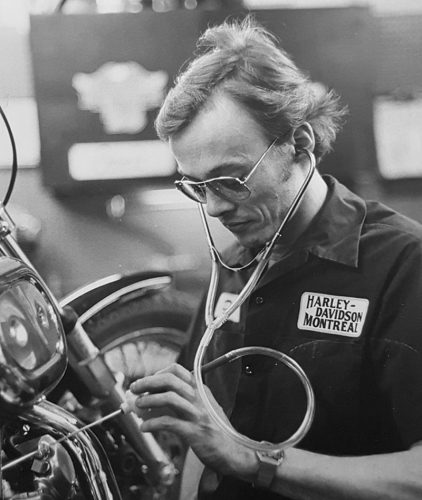 He also taught me how to be meticulous about anything I did. He once chewed me out for doing a sloppy wiring job, which I’d attempted to justify by telling him that it didn’t matter since it was under the seat and out of sight. “You have to do a clean job,” he scolded me, “even if it don’t show!” To this day, I take great care with all mechanical work I perform, especially so when working on wiring.

When Denis decided to leave H-D Montreal in midsummer 1992, he took his tools and belongings back to Quebec City, packed up his Harley FXRT – which he’d bought new in 1985 – and upon taking it out of its shipping crate, gave it a complete overhaul – and headed to Alaska.

In September of that year, I received a phone call while working at the dealer where we’d met; on the other end was Denis, who’d just returned from Alaska. “I’m going to open a shop. I found a place in Longueuil [on Montreal’s South Shore] and I’d like you to be my partner.”

It took me all of 15 seconds to give up a secure, well-paying job and enter the unstable world of self-employment and shop ownership. But that’s how confident I felt around Denis and how much I trusted him. We opened Cosden Specialties in March of 1993. You can probably guess the origins of the company name.

Aside from the standard shop tools and benches, our shop was equipped with a lathe, valve resurfacing machine and valve-seat cutting tools, TIG welder, crankshaft jigs, an arbor press, a honing machine, and countless specialty tools. Denis showed me how to use them all, and properly. We worked primarily on Harleys, built custom bikes and had even signed a contract to service the Harleys of the provincial police force.

Although Denis never road raced and went down a drag strip but a few times to test bikes, the advice he gave me by simply watching me compete improved my riding enough to win races. He had an intellect that bordered on genius, and there weren’t many subjects you could discuss with him in which he wasn’t well versed. And he had an uncanny sense of observation. “I don’t wear glasses because I can’t see,” he’d tell me, “I wear them to see better.” 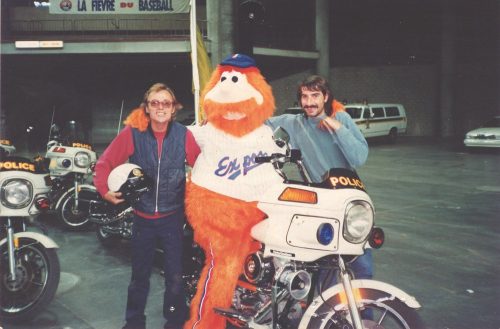 We eventually parted ways as business partners, but remained friends. He continued to operate Cosden Specialties, where he could always be found sitting on a stool by his workbench, cigarette burning in an ashtray and a steaming cup of coffee by his side. Denis’ only vices were coffee and cigarettes, both of which he consumed in abundance. I’d see him when I could, which fate dictated would be but a few times a year. He was always delighted to see me, and we’d spend hours catching up. He told me of his terminal lung cancer last October. Doctors said he probably wouldn’t see Christmas.

For whatever reasons, the skinny French Canadian motorcycle mechanic from Quebec City took a liking to the Montreal-born apprentice of Greek origin, and a friendship began that lasted until Denis took his last breath on May 30. The sign from our shop now hangs in my garage, an homage to a long-time friend.
For everything you taught me, Denis, merci infiniment.