Enjoy a weekend full of motorcycle-related films that range from custom builders to life-changing events, travel to racing, and everything in between

The Toronto Motorcycle Film Festival is back for its third year with a brand-new group of international films that aim to showcase universal stories told through the lens of motorcycling. The 2019 edition of the festival will be held Oct. 3 – 6 at the historic Revue Cinema in Toronto’s vibrant Roncesvalles Village. The festival features film premieres, meet-and-greets with filmmakers, jury and audience awards, Q&A panels and receptions.

More than 50 films in total were submitted to the festival from 15 countries; from that list, a select few will be screened this year, including a few world premieres. Some of the standouts include: 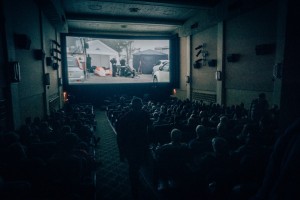 Oil in the Blood, directed by Gareth Maxwell Roberts, is the first film to catalogue the builders, riders and artists who are driving the custom motorcycle scene forward, including many of today’s top builders, such as Ian Barry of Falcon, Max Hazan, Craig Rodsmith, Walt Siegl, Shinya Kimura, and Winston Yeh of Rough Crafts.

Wayne, produced by Fraser Brown, is the story of the life of Wayne Gardner — from a steel and mining town in Australia and his first $5 dirt bike to becoming the 1987 World Motorcycle Grand Prix champion. Whether you follow Moto GP or not, this movie will have you glued to the screen, laughing and cheering on Gardner.

Finally, The Distinguished Gentleman, directed by Jean Pierre Kathoeffer, is the story of Vincent Nicolai, one of the top five fundraisers worldwide for the annual Distinguished Gentleman’s Ride. Earlier this year, Nicolai’s garage caught on fire with him in it, causing burns on more than 40% of his body and almost ending his life. This film is about the power of community in the face of hardship.

The Distinguished Gentleman will have its world premiere at the festival in Toronto. The director, members of the production team and Nicolai will be riding up from New York City for the festival to talk about their film. Watching this film and attending the talk will be an amazing and emotional experience. 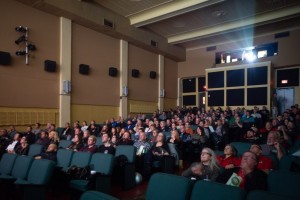 Running in parallel with this year’s film screenings, the festival partnered with the Birch Contemporary art gallery to assemble an exhibit, dubbed Fast Forward, that features high-end custom and one-of-a-kind motorcycles and artwork from contemporary artists. Think BikeEXIF motorcycles in a gallery setting. This will be a motorcycle exhibit like none other seen before in Toronto.

The Toronto Motorcycle Film Festival and Fast Forward gallery exhibit will be running during Oct. 3 – 6 at both the Revue Cinema and Birch Contemporary.

For a complete listing of all the films that will be shown, including ticket information, visit torontomotofilmfest.com.