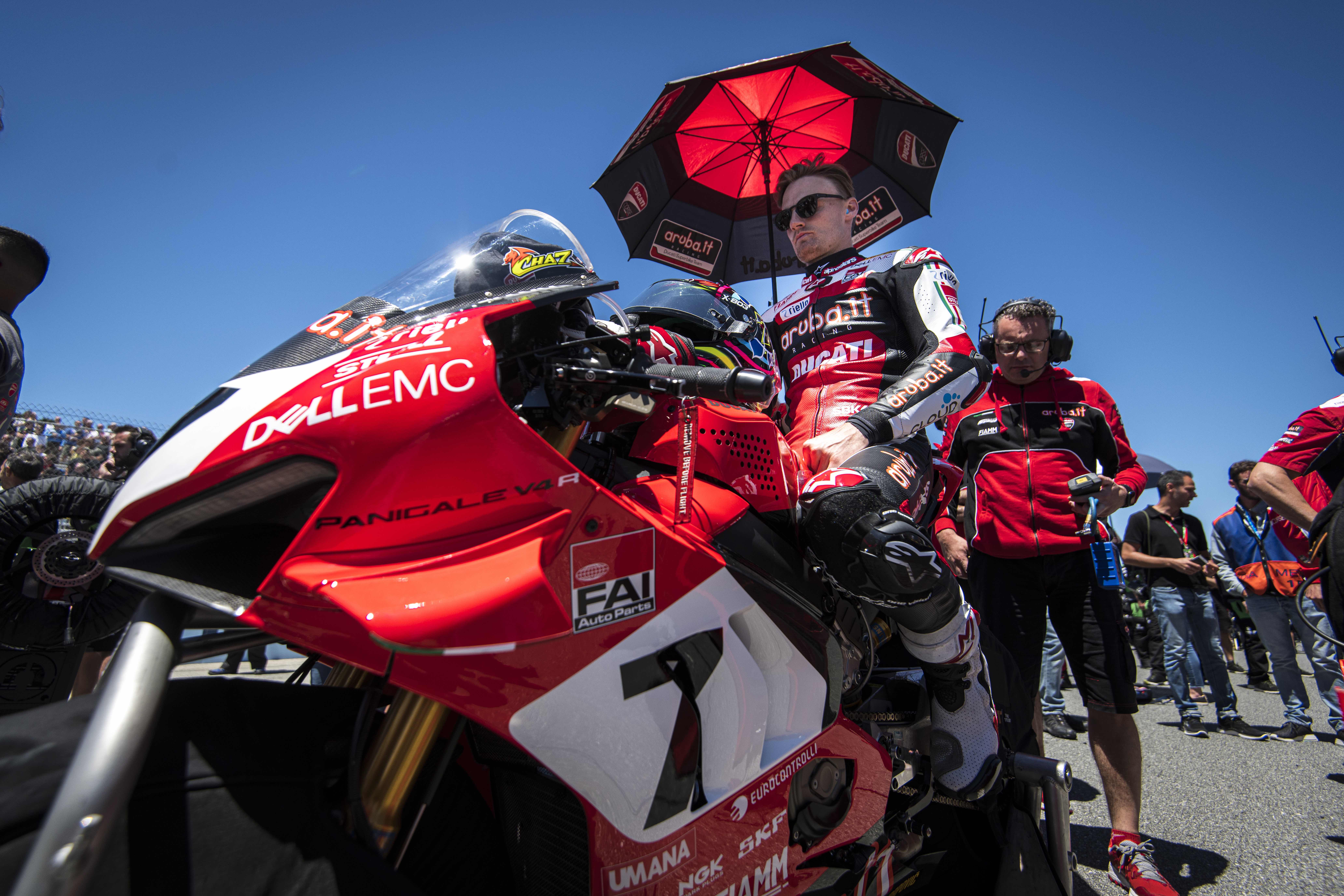 Ducati has announced a charity auction to support the newly established Carlin Dunne Foundation, in which a limited edition Panigale V4 25° Anniversario 916 will be on the block. The auction will run until September 15, to commemorate the memory and preserve the legacy of Ducati racing legend Carlin Dunne funding the start of the foundation. Among Carlin’s many accomplishments, he was a four-time champion of the Pikes Peak International Hill Climb and his loss has been felt throughout the international motorcycling community.
In addition to the Panigale V4 25° Anniversario 916 – which is numbered 5 of 500, in order to honour Carlin Dunne’s race number – Ducati World Superbike pilot,  Chaz Davies has donated his leather racing suit from his 2019 World Superbike WeatherTech Raceway Laguna Seca race weekend as part of this auction. This leather suit was specially designed as part of the unveiling of the Panigale V4 25° Anniversario 916 and inspired from those of Carl Fogarty’s leathers from the era of the 916 Superbike.  All proceeds from this auction will go toward the Carlin Dunne Foundation. The Panigale V4 is valued at $42,500 and the racing suit at is valued in excess of $3000.

The Carlin Dunne Foundation was created upon Dunne’s passing to carry on his legacy. The foundation aids in the developement  of preventative resources and rehabilitation programs supporting extreme sport athletes diagnosed with and/or at risk of acquiring Concussion Syndrome, Chronic Traumatic Encephalopathy (CTE), and traumatic brain injuries. You can learn more about The Carlin Dunne Foundation here.

Bidding for the auction can be found here