The Toronto Motorcycle Film Festival announces the films that were awarded the People’s Choice and Jury awards at the 3rd annual TMFF, held October 3–6, 2019 at the historic Revue Cinema in Toronto’s vibrant Roncesvalles Village. The festival presents a mix of full feature and short films produced by large and independent filmmakers and includes red-carpet Q&A sessions with attending filmmakers, producers and cast, as well as juried awards.

Wayne is the near improbable true story of Wayne Gardner. Wayne’s remarkable journey takes him from the working-class town of Wollongong, Australia and his first motorcycle, a $5 dirt bike, to the pinnacle of his sport where in 1987 Wayne becomes the first Australian to win the World Motorcycle Grand Prix, and with it, the hearts of all Australians. At its heart Wayne is also a love story, with girlfriend, Donna-Lee Kahlbetzer, never far from the action. 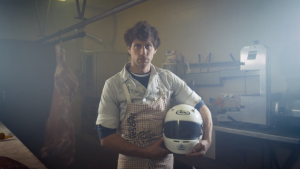 The salt-lake bed in Bonneville, Utah awaits patiently the yearly pilgrimage of motorcyclists who come to try and set world land-speed records. In 2017, among the hundreds of racers present, there was also a young butcher from Olivone, a small Swiss town with a population of 800 people. Tiziano Vescovi, despite having no previous experience, has always dreamed of going to Bonneville and leaving his mark. With support from the Blenio Valley team, they prep a motorcycle and try to secure a land-speed record title. 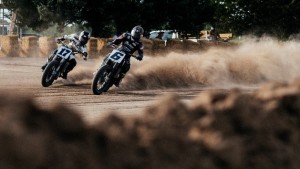 The arena is a dirt oval. The gladiators have a steel-shoe over their left boot that keeps them and their motorcycles balanced at high speeds. Every weekend, they travel great distances for the opportunity to pass the checkered flag first. This is flat track motorcycle racing. Flat track is one of the oldest forms of motorcycle racing and it has a rich history in the United States. Perhaps even more captivating than the bikes and the speeds however are the people that make up this exciting sport. 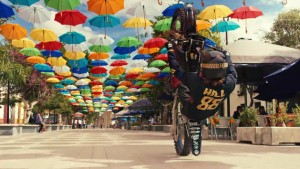 Endless | Mexico follows freestyle motocross rider Jimmy Hill in Guadalajara, Mexico during the Dia De Los Muertos festival. Inspired by the city’s landscape and more so the people, traditions, and culture that make Guadalajara such a unique destination to visit, Jimmy explores the city via dirt bike and all that the festival has to offer. 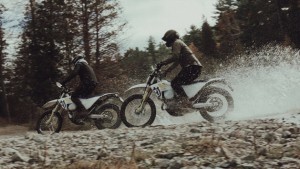 A short independent film about friendship, adventure and motorcycling.