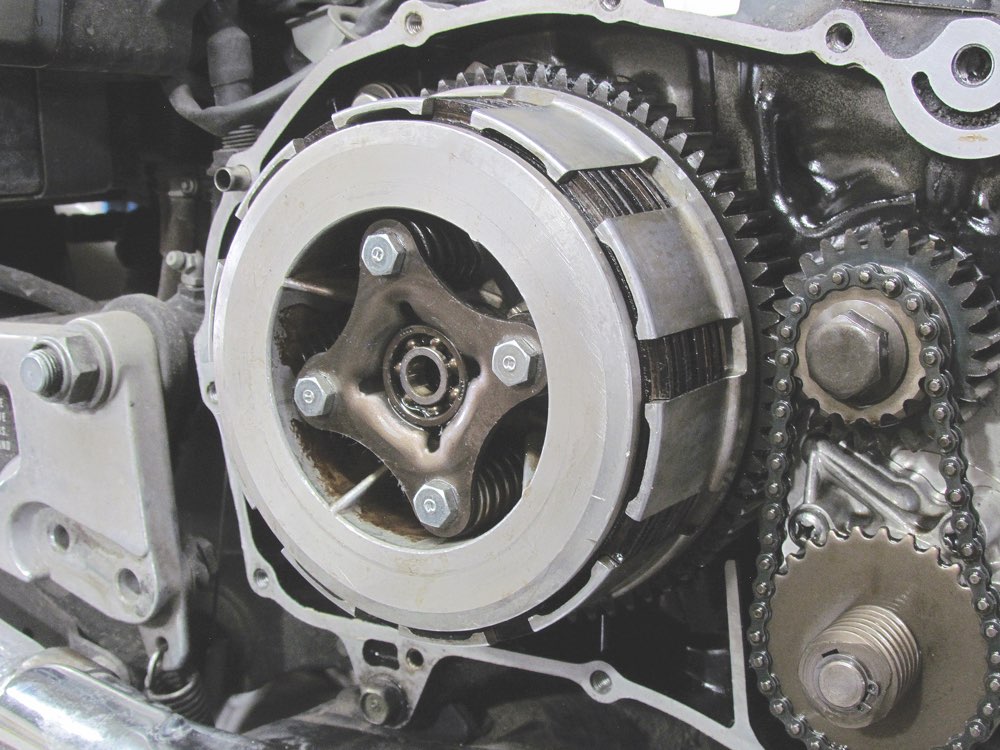 Using the proper oil in your motorcycle could save your clutch, as well as plenty of money in the near future.

Aside from testing and writing about motorcycles, I am also a certified riding instructor. With that job comes another responsibility: I maintain the 50-odd motorcycles of the training school for which I instruct. We have two sets of bikes: there is the fleet of road bikes, which includes newer Honda Rebels and CB500Fs; and there’s a fleet of closed-course bikes, which is comprised mostly of decades-old Honda CB450 Nighthawks. 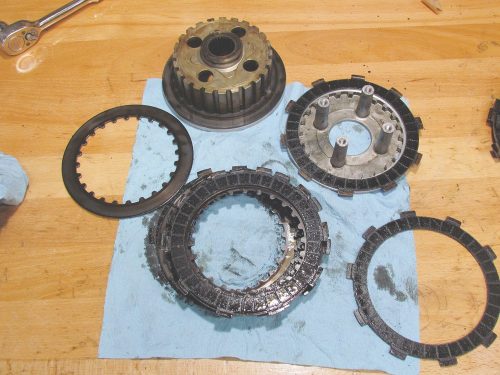 Even thought the aging Nighthawks tally lower annual mileage than the road bikes, they have suffered years of abuse at the hands of novice riders who, among other things, use the bikes to hone their clutch-hand dexterity. Those old Hondas have proven to be almost bulletproof over the years, but we’ve been experiencing a rash of clutch failures these past couple of years.

Believe it or not, until about two years ago, the Nighthawks, which date back as far as 1982, were still launching on their original clutches. Then the provincial testing curriculum changed and even more clutch-slipping, low-speed exercises were added. The Nighthawks protested by systematically frying their friction discs. I set about replacing the fried clutches and worn springs with aftermarket ones, as the OEM parts were obsolete. Things went back to normal. That is, until the new clutches began slipping – to the point that some of the bikes wouldn’t advance at all. 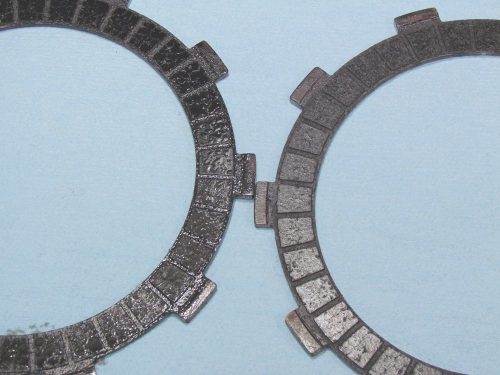 Recently, I took apart one of the slipping aftermarket clutches, which I’d replaced last year, and was surprised to find that while the steel and friction discs were darkened by the heat caused by the slipping, neither part seemed to show any wear. Measuring the thickness with a vernier caliper revealed that the steel and friction discs measured almost the same as they did when I’d replaced them. Something else was going on here.

Then I remembered seeing a few jugs of automotive engine oil in the school’s garage. I’d never really paid attention to them, but began inquiring among the other instructors who occasionally perform simple service tasks on the school’s bikes, including changing the oil. Indeed, my queries revealed that some of the bikes’ oil had been changed and, to reduce cost, the replacement oil came from those automotive oil jugs.

Now, I’ve heard many times that you should use only motorcycle-specific engine oil in a motorcycle. Among the reasons given is that motorcycle oil is better for the clutch – or, more appropriately, that automotive oil may harm a motorcycle’s clutch. This wasn’t the case 20 years ago, but environmental demands have changed engine oils since then. These days, automotive oil is formulated to, among other things, reduce fuel consumption. Oil manufacturers do this by adding friction modifiers in the oil. These friction-reducing additives are what can potentially cause a clutch to slip. Not that I didn’t believe the claims that automotive oil shouldn’t be used in motorcycles; but until now, I had never seen the results of doing so firsthand. 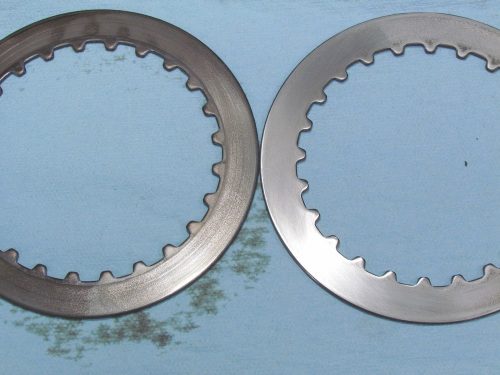 And so begins my experiment. But, truthfully, it’s also an attempt to keep costs down. Instead of replacing the slipping clutch discs, which are still well within spec, what I did instead is clean them. I wiped the friction discs clean with brake cleaner and let them dry thoroughly. I also sanded the steel discs with 400-grit sandpaper – for no reason other than to give the friction discs a new surface on which to seat. Once the friction discs had thoroughly dried out, I let them soak in mineral motorcycle oil. (At the school, we avoid synthetic oil for cost, but perform regular oil changes.) Then I filled the crankcases with motorcycle oil.

I’ve since repaired two motorcycles this way, and despite not being able to move before, especially at operating temperature, both bikes have endured a couple of weekends of low-speed abuse. Aside from a minor adjustment to reset the free play at the lever, they have been performing flawlessly.

Motorcycle-specific oil costs more than its automotive equivalent, but only in the short term. Use motorcycle oil in your bike, whether it is synthetic or mineral-based, especially if the engine oil also lubricates your bike’s gearbox and clutch.

There is one automotive engine oil that I do approve of and have been using in my bikes for many years, and it is actually formulated for diesel engines: Shell Rotella T6 synthetic oil. I use this oil because I admit I’m cheap and it costs less than dedicated motorcycle oil. But more important, this Shell-brand oil bears a Japanese Automotive Standards Organization (JASO) MA/MA2 certification. The MA certification means the oil is good for motorcycles that use the same oil for the transmission, clutch and engine; MA2 means the oil also is compatible with catalytic converter-equipped bikes. So, don’t cheap out – too much – on engine oil.