Home / Issues / January/February 2020 / Keeping You on the Right Track 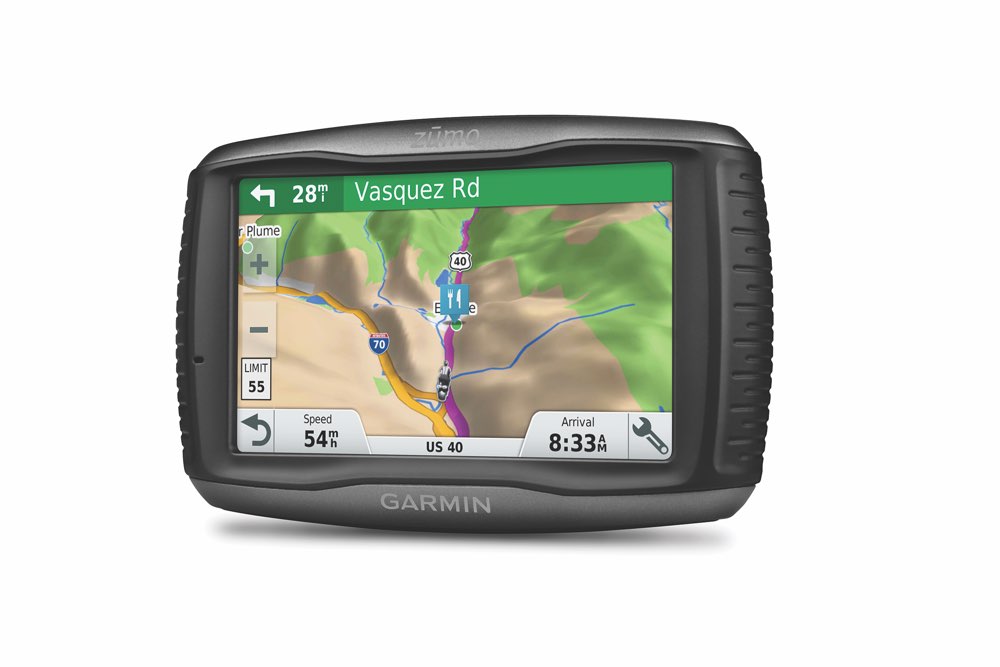 You don’t need to know the intricacies of GPS technology, but there are some basics you may find handy if you’re in the market for one

It’s happened to most of us. You’re riding, soaking up the sun with the wind caressing your face, when the realization hits that … you’re not lost; you just don’t quite know where you are. You pull off to the side of the road and scour your tank bag for your trusty map, only to find that the crease lines that you were so careful to use have now become your enemy and turned your map into various-sized puzzle pieces. On top of that, even if your map was still intact, you probably wouldn’t be able to figure out where you are anyway. 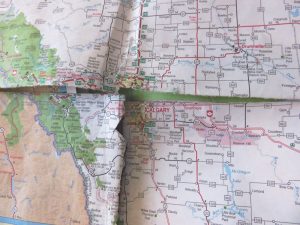 After experiencing this more than a few times, I decided to call on the expertise of Adam Meffe, general manager of Radio World, to impart his knowledge and guidance for us to better understand motorcycle GPS systems. Radio World has mastered the technology and is the largest Canadian retailer of all things radio, transceiver and location-related devices. You can find Radio World online at radioworld.ca
or at its location in Toronto.

Before you head over to the store and pick up your first, or next, GPS, here are some things you’ll want to know.

Some Things to Know First

GPS stands for Global Positioning System; this comprises 31 satellites orbiting in space at an altitude of 20,000 km
above the earth. All these satellites are owned and operated by the United States and were originally put in place for military navigation before being integrated into civilian devices. The first of these satellites was launched in 1990, and became fully operational in 1995. New satellites continue to be launched to maintain and improve location accuracy. GPS can be used around the world, as at least four to 12 satellites are “visible” at all times. No matter where you are in the world, you can be tracked with GPS; however, you may find that your GPS becomes slightly less accurate as you approach the Arctic Circle because there is only the minimum four satellites in use to determine your position.

What the Heck is GLONASS? 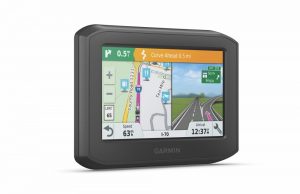 GLONASS, or Global Navigation Satellite System (or Globalnaya Navigazionnaya Sputnikovaya), is Russia’s version of GPS. This system consists of 24 satellites orbiting around the earth. Although GLONASS began development in 1976, the system has just recently been used alongside GPS in our devices. GLONASS allows for better location coverage, especially in more northern areas and for mobile devices.

You may think tracks and routes are the same thing, but they are quite different.

A route is a predefined path consisting of waypoints that are input, which determines a path. Routes are what we typically use to guide us on our journey and are created either on a computer or directly on our GPS. Routes provide directions from waypoint to waypoint, and your suggested route may change if you miss a turn or if there is traffic or other obstructions in your path.

Tracks act in a similar way as Hansel and Gretel’s breadcrumb trail: like following in someone else’s tracks. No waypoints – just a set path – and you will be directed back to the track only if you miss a turn. Tracks are often used in many navigation or adventure rallies to plan the ride for the day. Most new GPS units, especially models meant specifically for motorcycling, have the option for both track and route to be preset on the device. You also have the ability to share and adjust your tracks and routes.

How Much is a Motorcycle GPS?

Okay, so there are some basics. Although, after seeing the price range for these GPS units, you may look at the pile of bills next to you and think that you’ll just buy a roll of two-dollar tape to reassemble your now 100-piece map puzzle back together. Or get a cheapie from the “everything store” down the street. Well, don’t. Having a reliable GPS is worth it, especially if you plan to travel long distances or participate in rallies.

Meffe’s customers often ask him why they should spend $500-plus on a motorcycle-specific GPS when they can go to Canadian Tire and buy a car GPS for $100. Meffe explains that motorcycle-specific GPS devices are waterproof, vibrationproof and offer glove-friendly displays. This type of system also includes a RAM mount and a power harness that you can hardwire into your motorcycle so the GPS will remain powered up through the day, along with features that car GPSes don’t offer.

You can set both tracks and routes on motorcycle GPS devices, and they even allow you to specify your riding style – you can choose modes such as curvy roads, hills, off-road, and so on. Not to mention the devices will connect to Wi-Fi and prompt you immediately for updates so you’re never left in the dark because of new software or changing roads.

Motorcycle GPS also offers features such as Bluetooth connectivity to your phone and receiving live traffic and weather updates (2017 models and newer). Bluetooth gives you the ability to read your text messages, answer phone calls and listen to music. “There’s a phone app that you can download. It’s important that people know that because some people don’t want to use their data, but that’s how their phone receives the traffic and weather,” Meffe states. If you’re travelling outside Canada, you’ll want to ensure that you have a good data plan to continue integrated use between your phone and GPS device.

Best of the Best

Meffe highly recommends the Garmin Zumo lineup, which offers two devices – the 396 LMT-S and the 595LM, as well as the TomTom Rider 550. However, he notes that the TomTom tends to fall short in mapping in Canada. Both brands of GPS cost the same and come with RAM mounts, a one-year warranty and a power harness for charging.

Notably, although GPSes have come a long way, they will still have issues tracking you without line of sight. Devices now try to predict if line of sight will be lost and adapt for those changes to stay as accurate as possible, but your position may become skewed after long distances in dense coverage. “Line of sight, canyons, tunnels, heavy tree coverage and even big cities can disrupt your GPS signal,” warns Meffe.

A Bluetooth headset from Sena and Cardo will integrate flawlessly with a GPS device and allow you to listen to music, calls or text messages directly from the GPS. “GPS are now multimedia hubs,” Meffe says. “You can download music to your GPS and listen wirelessly through your Bluetooth headset.”

Now that you have an idea of what features you’d like on a GPS, we hope you don’t get lost on your next trip. You have the knowledge. Now use it to keep yourself on the right track.