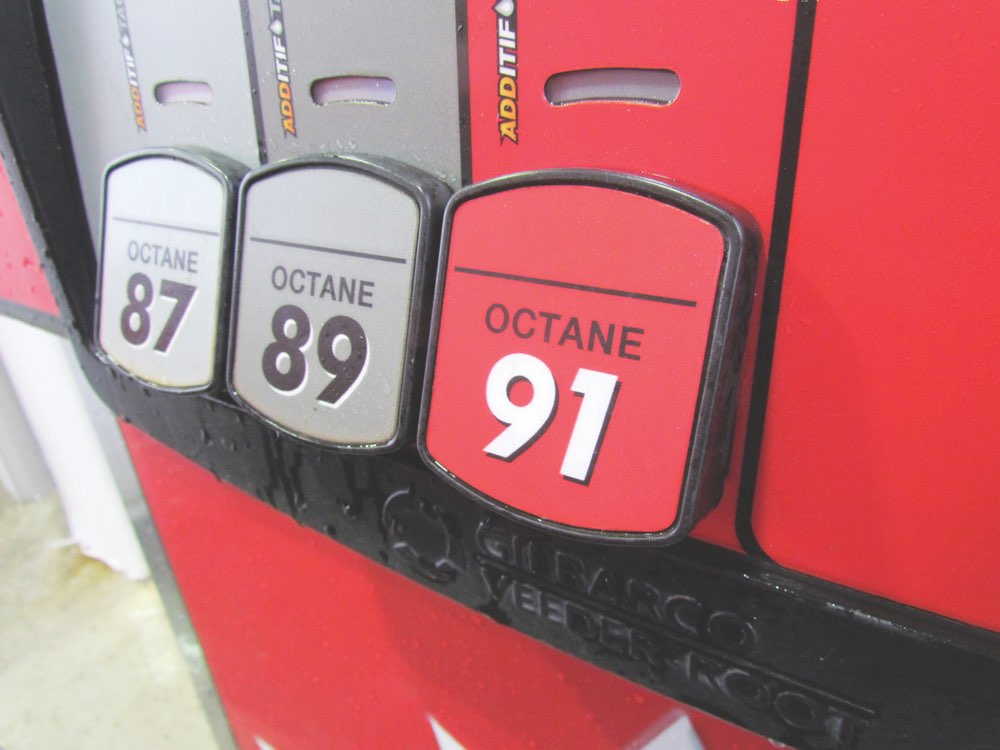 There are a number of factors that determine the best octane rating for your engine.

A common misconception about octane is its relation to power. Many people believe that the higher the octane, the more power the engine will produce. However, the grade of gas you put into your fuel tank is entirely dependent on the engine’s compression ratio. If the engine in your bike does not have a compression ratio high enough to require premium fuel, then filling up with it will only cost you more. In some cases, high-octane fuel may even be detrimental to performance. Let’s see what factors determine what grade of gas you need to use – it might save you money. 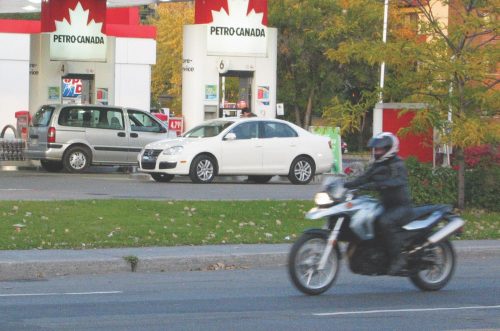 The more air is compressed, the more heat it generates. In an engine, air is mixed with fuel and, as the piston rises, it squeezes a relatively large volume of this mixture into a small combustion chamber prior to ignition. As compression squeezes the air and gasoline molecules together, this enables a quicker and more complete burn; the more a given quantity of fuel is compressed, the more energy can be released. This boosts power output, which is why high compression ratios are synonymous with high-
performance engines. 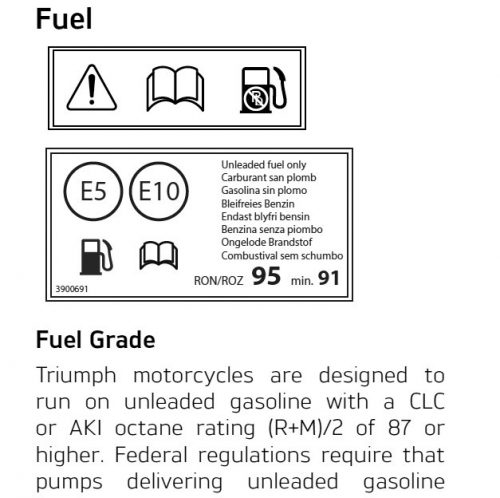 However, if a fuel mixture is compressed enough (thus generating a lot of heat), the mixture can self-ignite elsewhere in the combustion chamber. This will then produce two flame fronts, which cause unwanted pressure waves that pound against the combustion chamber and cause a condition known as engine knock or detonation. This is that metallic pinging noise you may hear when your bike is under acceleration. The problem with detonation is that it causes pressure in the cylinder to peak before it’s supposed to, which pushes on the piston too soon and effectively tries to push the piston in the opposite direction. Only the momentum of the crankshaft prevents this from happening, but the result is increased heat in the combustion chamber (thus increased potential for detonation) and loss of power.

Compression ratio alone doesn’t determine an engine’s tendency to knock. Another factor is cylinder bore. Larger bores require more time for the flame front to travel across the combustion chamber. This allows more time for the fuel mixture to detonate. This is why larger-bore engines generally have lower compression ratios. Another factor is cam timing. Aggressive cams reduce the effective compression ratio: the longer the intake valves stay open, the later the piston begins compressing the fuel mixture on its way back up the cylinder. This is why high-performance engines can get away with higher compression ratios. Also, the higher the altitude at which your bike is running, the less dense the air is – and, therefore, the less air there is for the piston to compress, which produces less heat and less risk of detonation.

Detonation differs from pre-ignition, which is the result of high-heat areas in the combustion chamber, such as carbon deposits. These deposits can ignite fuel before the spark plug fires. Sustained detonation or pre-ignition can cause serious engine damage. Your first tool to reduce detonation is gasoline. Gasoline contains additives that inhibit detonation; tetraethyllead was used in the past, but that’s been replaced with less toxic chemicals, including ethanol.

A gasoline’s resistance to detonation is indicated by its octane rating. There are three measurements for obtaining octane numbers. The research octane number (ROM) is achieved by simulating light loads, such as city driving or highway cruising, and provides the highest octane number. The motor octane number (MON) simulates extreme conditions, such as hard acceleration or driving uphill, and provides the lowest number. The anti-knock index (AKI) is an average of those two values and is what you see displayed as (R+M)/2 at the pump. Typical AKI grades that you’ll find at the pump are regular at 87, mid-grade at 89 and premium at 91. Gas stations blend low- and high-octane fuels at the pump to achieve mid-grade blends.

Some engines use knock sensors to detect detonation and reduce it by retarding the ignition timing, and these engines are most likely to see a drop in performance if a lower than recommended octane is used, as retarding the timing also reduces power. However, using a high-octane fuel can be detrimental to performance. To achieve a high-octane rating, the maximum allowable percentage (10% per volume) of ethanol may be blended into fuel. Ethanol has very good anti-knock properties, but it also lowers gasoline’s energy content. According to Natural Resources Canada, gasoline with a 10% ethanol blend contains about 97% of the energy of pure gasoline. This not only reduces power, but it can also increase fuel consumption by 2%– 3%. Ethanol also harms rubber and metal components in the fuel system, so avoid using fuel containing this additive.

Unless you own an older bike and the recommended fuel is no longer as effective at preventing knock due to excessive carbon buildup and lack of modern anti-knock devices, there’s no advantage to using a higher-octane fuel than recommended in a bike that doesn’t require it.