Even though you may make a few mistakes, all you really need is a desire to dig in, learn as you go and then ride away on something you’ve built yourself.

There are special people out there who are doers – they have a vision and make things happen. They experiment, they learn, maybe make mistakes, but they accomplish what they set out to do. This is a story of such people. These are riders who are not mechanics or pro builders, but who challenge themselves to take on complex personal projects that are close to their hearts.

Skylar Albrecht is one of those people. He’s a commercial diver who works all over the world. You know, one of those guys that wear the big helmet and lead boots to weld and run cable hundreds of metres below the ocean’s surface. 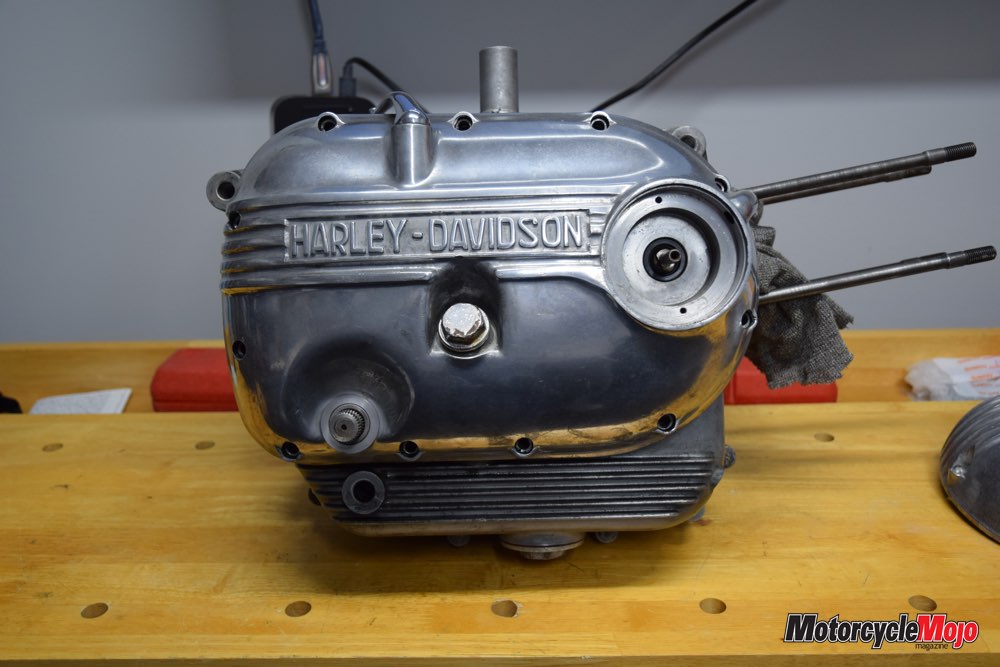 Originally, Albrecht raced bicycles at a velodrome, but he was afraid he was going to kill himself, so he switched to the much safer pastimes of riding and building motorcycles. First, he acquired a partially disassembled dual-sport and put it back together, then he hacked together a chopper/bobber. Later, he rode an ’80 Harley FLH to the Bonneville Salt Flats and got the bug. He needed to race on the salt.

Albrecht found an insurance writeoff that had been ridden off a dock and was found on a log boom – a 1972 Shovelhead Harley-Davidson. He rented a garage across the alley from where he lives in East Vancouver and got to work. He enlarged the original
74 cubic inch engine to 80 inches, changed the oiling system and added a few other goodies for additional horsepower. (He’s a bit cagey about all the mods he’s made.) The bike now has a Gixxer front end and Buell wheels. He bumped up the compression to 14:1 and ran the bike on aviation fuel. After 35 dyno pulls, he was ready for his 17 runs down the flats. After those runs, the cylinders were so corroded, they looked like he’d found them on the bottom of the ocean where he usually works.

And when Albrecht was finished his runs, he had set a new record in the Modified class at more than 202 km/h. Two years later, he’s in the process of rebuilding so he can head back to Utah to do it again. 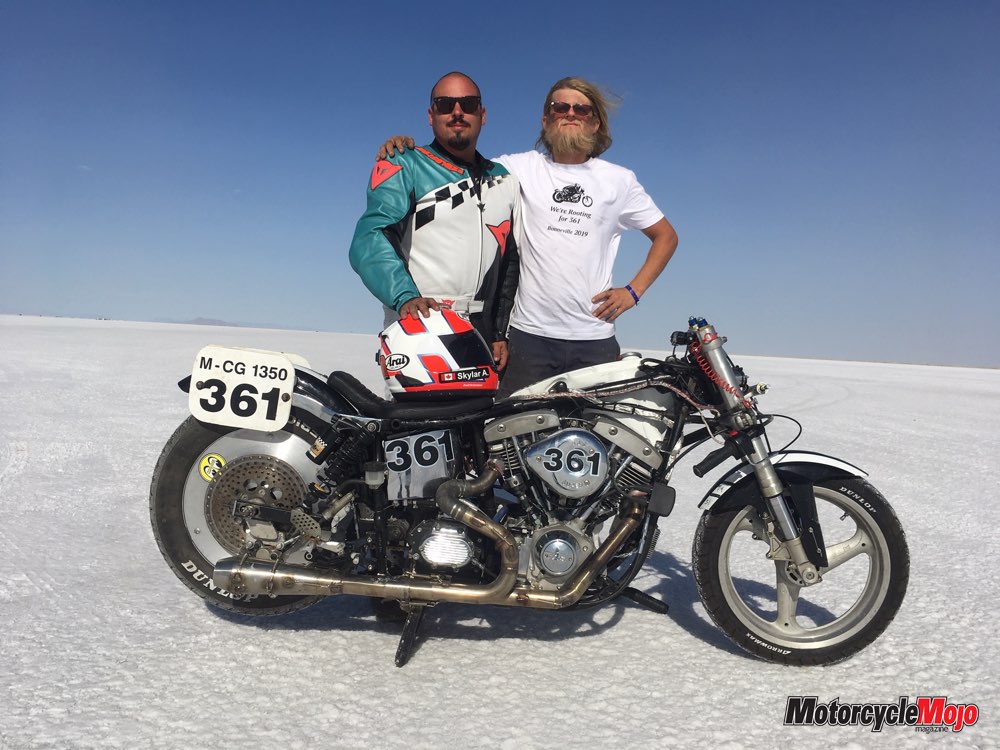 Kenson Ng took the notion of “backyard builder” literally. Although some of the work he did on his 2017 Harley Road King Special was done in a friend’s garage, a lot of it was done in Ng’s backyard beneath his deck. And that’s where I met the 37-year-old financial advisor to look over his bike and talk about the build.

At first sight, the bike doesn’t look like a Road King Special; it looks like a “new” FXRT.

“After some time with the Special, I wanted to upgrade to a [Harley] CVO to get more wind protection and electronics. But after talking it over with my wife, I realized that wasn’t an option,” Ng says. “But I always liked the look of the FXRT [in production from 1983 to 1992], so I started to do some research.”

Maybe Ng couldn’t get a CVO, but his very supportive wife surprised him with a Russ Wernimont Designs FXRT replica fairing the following Christmas. It wasn’t an exact fit, and the fairing took a fair bit of work to fit it on the Special. The fairing not only changed the look of his bike completely; it also sent him in a whole new direction.

“I’d experimented with different lighting, and added a Stage 1 kit and new handlebars, but [the fairing] totally changed the bike. It made me want to take it to another level.” Ng says.

The additions and modifications now number in the dozens. Ng’s “FXRT” now sports such things as front and rear cameras with a controller/viewer on the left handlebar, a plethora of Harley accessories, turn signals in the rear view mirrors, hand guards, lowers, a chopped Tour Pak, CVO saddlebag speakers and a full 600 watt sound system controlled by an iPad, mounted behind the fairing, that also handles maps, music selection and a number of other motorcycle-related apps while on the move. The bike now can easily be mistaken for a CVO FXRT.

Now, when I started this story, I had no idea it would be all Harley. So, just to change things up, I found a guy who’s doing a nut-and-bolt restoration on … a Harley. But not a regular Harley. It’s a 1968 Harley-Davidson Sprint SS 250 single. Errr, Aermacchi – a Harley from Italy. You see, back in the early ’60s, Harley-Davidson was taking a bit of a beating from the Japanese manufacturers, so the solution was to buy into a company that was already making a small bike and rebrand it. Hence, the 50% interest in Aermacchi that the Motor Company purchased.

Ryan Gray, a pipeline operator, was given this bike by this father-in-law, who purchased it slightly used for $175 and rode it on a regular basis until a job transfer in 1971. At that point, it went into storage among various family members for decades. When Gray first saw it 10 years ago, it was stored at his grandparents-in law’s place. Subsequently, he saw it again four years ago at an uncle’s. For years, Gray would ask, “What’s happening with the bike?” Finally, in 2017, his father-in-law put him out of his misery and gave the bike to Gray. Within two weeks, Gray had it torn down.

According to Gray, he is “not a mechanic, by any means.” He took his first ride at the age of two and a half on the front of his father’s Honda CX500. “Dad always had bikes, and we’ve been fooling with them since I was 19, although he’s not a mechanic either. It was just something we did to spend time together.”

With the tins painted and most of the needed parts in boxes, Gray just has to get the cylinder bored (due to its slight taper) and a new oversized piston. He has already begun putting the rest of the bike back together.

The common thread here is that each of these builders really didn’t know what they were doing at first, but they knew that trying was worth the effort and were willing to do the research, ask for advice, put in the hours and maybe make some mistakes until they got where they needed to get to. And as a result, they each have a very special ride – built with their own two hands.