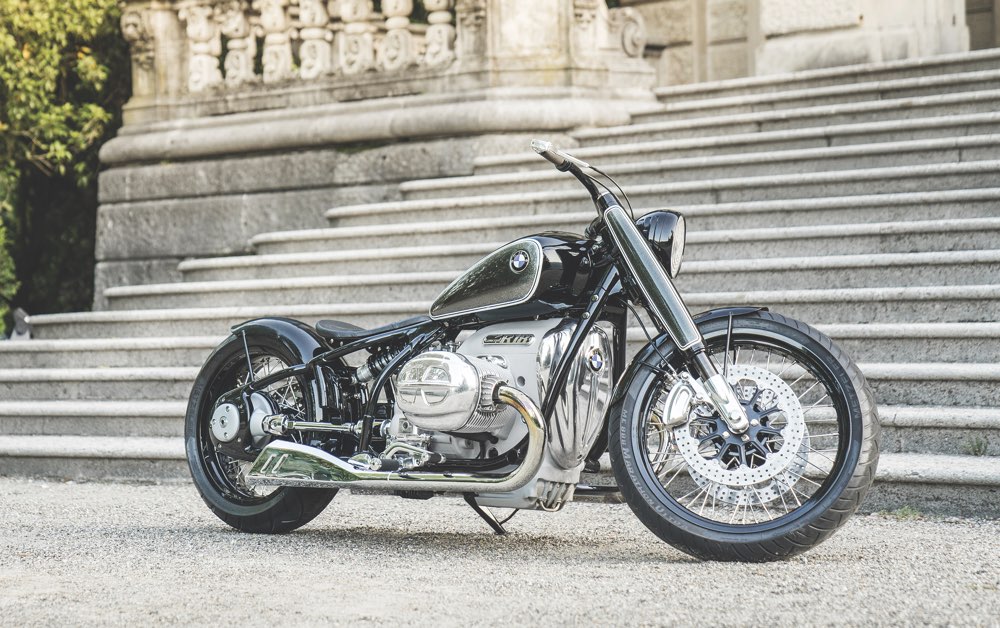 What with the R nineT series, BMW is no stranger to retro-style motorcycles. However, the R18 is something completely different. 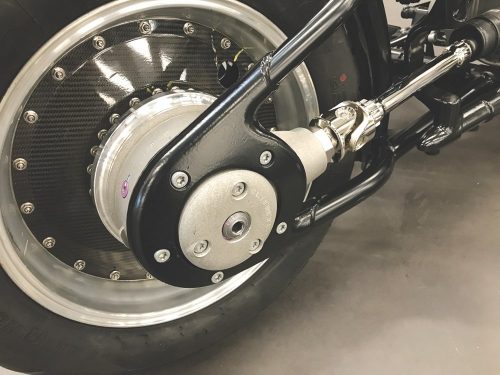 BMW once made a cruiser, the R1200C, but abandoned the design in 2004 after seven years of production. The Germany-based company hasn’t produced a cruiser since, although that will change next year with the introduction of the R18. It’s a cruiser that harks back to simpler mechanical times, paying homage to BMW’s early boxer-powered motorcycles. The R18’s Big Boxer engine is designed to emulate the art deco styling of the 1936 R5 boxer engine, but with modern internals.

BMW offered an exclusive look at the R18 engine and chassis at the firm’s well-guarded Miramas Proving Grounds, located in the south of France. This facility in Miramas is used to perform testing and data-gathering on BMW motorcycles and cars. 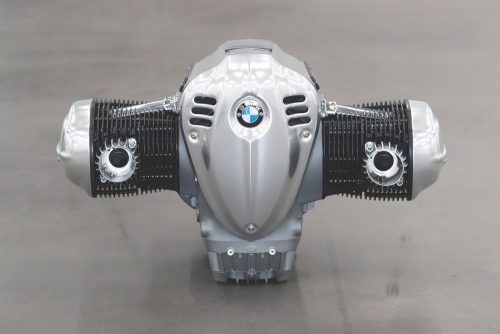 Aside from the R18’s engine’s smooth, rounded crankcase, gearbox and engine covers, other design elements tying this new cruiser to BMW’s past include an exposed, nickel-plated drive shaft and a unique rear drive unit that is incorporated into the swingarm in a manner that mimics the rear drive design of the 1936 R5.

The R18’s horizontally opposed twin boasts a bore of 107 mm and a stroke of 100 mm for a displacement of 1,802 cc,
the biggest boxer ever produced by BMW. Piston skirts are coated with an anti-friction material and, because of the engine’s large size, the plain-bearing crankshaft has a third main-bearing journal between the crankpins for added support – unlike the twin main-bearing journals of all other boxers. The R18’s output is a modest 90 hp, but torque is a more substantial 117 ft-lb, peaking at just 3,000 rpm. Redline is set at a relatively low 5,750 rpm.

Air-cooled cylinders require a rather low compression ratio of 9.6:1 (via dished pistons) and there are two sparkplugs per cylinder, which reduce the likelihood of detonation. Despite these knock-reducing measures, the engine requires premium fuel.

There are two chain-driven camshafts located within the vertically split crankcase, and pushrods operate four valves per cylinder via rocker arms. The pushrods are mounted atop the cylinders in clear view – just like on the earlier boxer engines. Tappet rollers are solid, which means the valves require occasional adjustment via screw-and-locknut adjusters on the rocker arms – making maintenance easy and inexpensive. 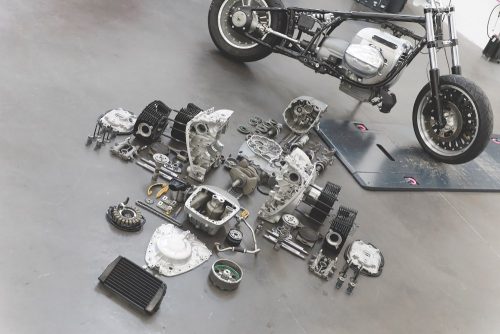 A disassembled R18 engine and gearbox that had endured the equivalent of 100,000 km of testing on a dynomometer were on display during the bike’s introduction at Miramas. While some wear was evident on bearings and pistons, to my experienced eye that seemed negligible. Two things were missing from the parts on display: a counterbalancer – because there isn’t one – and a clutch. There is a balancer incorporated into one of the cams to reduce low-frequency shaking, which should, according to the technical presentation, produce “good vibrations.” We were told the clutch was missing because it had been returned to the supplier for analysis.

The R18, just like the pre-liquid-cooled boxers produced before 2012, utilizes a single-plate dry clutch. Our hosts mentioned that the clutch incorporates an anti-hopping function – that is, it’s a slipper clutch. I recognized this as a unique design – I hadn’t heard of a dry, single-plate slipper clutch before – so I asked about it. The engineers looked at each other, smiled and replied they could not yet talk about the design, although they did confirm it is a mechanical system. So maybe the clutch wasn’t missing due to analysis after all.

Behind the clutch is a separate six-speed, constant-mesh gearbox. The gears have helical-cut teeth for quiet operation and gear changes are performed by sliding engagement dogs. On the left side of the engine, above the gearbox, is a small lever. This lever actuates the optional electric reverse gear, which is powered by a separate motor rather than the starter.

A rolling chassis, also on display, uses a large, conventional twin-downtube steel frame. A massive triangulated swingarm pivots at the bottom, with a single horizontal shock mounted up top without linkages. Unlike all other current BMW boxers that use a Paralever system to counter drive-shaft jacking, the R18 has a linkage-free swingarm and uses chassis geometry to counter that.

While we got a very detailed look at the engine and chassis of the R18, there wasn’t a complete bike on hand. The R18 will be going into production in the first quarter of this year, and will probably be in dealers’ showrooms by mid-summer as a 2021 model. BMW released pictures of only a pair of concept bikes to date – the R18 and the R18/2 – with no indication yet of what the production bike will look like. Looking at the chassis, though, the R18 is likely to be a long, low-slung, streamlined motorcycle.