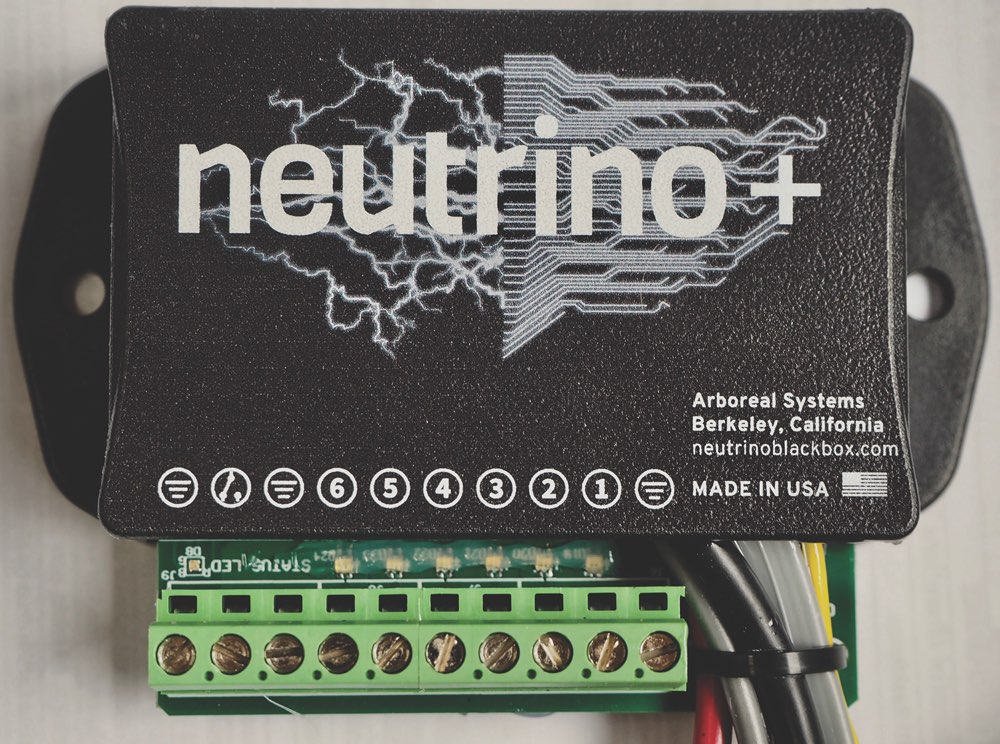 According to urbandictionary.com, to farkle a motorcycle is to install accessories that offer a combination of “function” and “sparkle.” In other words, driving lights, LED turn signals and a flashy headlight modulator would all represent bona fide farkling; a big-bore piston kit, as performance-enhancing as it might be, would not. 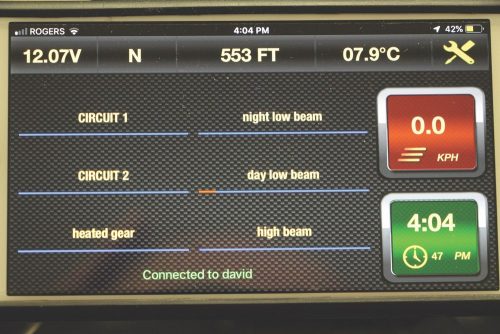 Driving lights require relays. Ditto for big-noise air horns. Each, mounted individually, requires a ring connector to each terminal of your battery. Throw in a power cord for a heated vest and, say, a USB power cord, and pretty soon your bike’s wiring looks like the underside of a 1970s Renault. (I know the pain; I once had the “privilege” of trying to diagnose a windshield wiper fault on an R16.) Given enough time, that “spaghetti” of wiring on your bike is going to give you trouble.

That’s where fuse boxes – more fancifully called “power distribution modules” (PDMs) – come in. PDMs clean up underseat wiring by building a singular power supply into one compact device. Throw in fusible connections, perhaps a battery-tender function and programmable current limits, and PDMs are salvation to the persistent farkler.
But they’re stupid. By stupid, I mean they don’t offer computer control. Oh, a few can offer a limited number of remotely customizable options. But, by and large, PDMs truly are just the fuse box made more compact.

Except the Neutrino Black Box (NBB). Built by Arboreal Systems of Berkeley, Calif., the NBB really offers analog motorcycles – such as my Suzuki V-Strom 1000XT – the computerized control found on more expensive bikes, such as BMW’s GS and the Ducati Multistrada. Actually, the NBB offers more, as pretty much every function in the NBB’s repertoire is programmable via your cellphone.

From a hardware standpoint, the NBB offers the standard-for-fuse-boxes six-port connections, variable fuse settings and a separate battery-tender circuit (so you can charge the battery via the NBB’s quick-detach coupling). There is even a relay “trigger” and, in a hardware feature that may not seem important until you begin wiring things up, three ground connections. 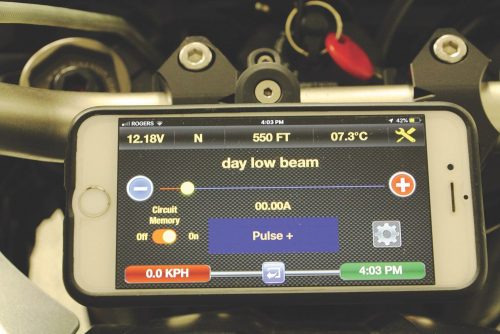 What truly sets the NBB apart from the competition, however, is that you can control each of the six ports individually via an app on your phone. Said controllability is too diverse to fully list here. However, just a smattering of the myriad issues that the NBB can solve (via your mobile phone’s access): a clock, a built-in temperature sensor, a voltage monitor, a speed sensor and a modulator that can, as I have set up, have your driving lights flash during the day for increased conspicuity.

The programming permutations are seemingly endless. For example, besides not needing a relay anymore to control the high and low beams of my Denali D4s, the NBB allows me to have my “daytime” low beam modulating at about 20% illumination – more than enough to be conspicuous, I can assure you – at four cycles per second. Thanks to the NBB’s timing controls, said flashing begins 40 minutes after sunrise and ends exactly an hour before sunset, after which my “nighttime” low beam – 40% illumination and no modulation – kicks in. The NBB simply uses my iPhone 6’s “smarts” to know when sunrise and sunset will be – wherever I am and at anytime during the year.

On another circuit, I have connected my heated riding gear – vest and gloves. Rather than rely on a bulky temperature control unit, I set up my heated gear to come on at about 15 C and increase the amperage by 10% for every couple of degrees the ambient temperature drops from there. I never have to turn on the heat or vary the heat setting; the NBB does it all for me. And if for some reason – I put on an especially warm T-shirt that day, for example – I can override the automatic settings with an easy manual function via my phone.

There’s a lot more you can play with on the NBB. There’s a trigger “relay” connection that I have running to my headlight switch so the NBB knows when to switch the Denalis to “high.” But the NBB can be used to trigger anything. You can also use the modulator function – officially called “Pulse” – to build intensifying flashing to your brake light to ward off sleepy cagers. You can even, should you be a true electrical whiz, control servo motors and build a garage-door opener right into your bike (although this last can get a little complicated). In short, the NBB turns any old analog beater into a higher-tech ride than the most CAN Bus’d of BMWs.

That’s not to say the NBB is perfect. For one thing, although the digital hardware is waterproof, the wiring connections are exposed. Therefore the NBB should be placed out of rain’s way and the connections covered in a dab of dielectric grease. And while the NBB has six positive ports, there are only three grounds. You can double up on the wires going to each ground, but that can get a little fiddly. Neither issue is all that troubling – just, as I said, fiddly.

A little more problematic is that there’s not really a user’s guide. Oh, the mounting and electrical connection instructions are perfectly understandable. And some of the basic examples of uses are also very well detailed. But the Neutrino app is so powerful and the various functions it can control so diverse that Arboreal Systems couldn’t possibly have predicted every option an owner will dream up. For example, Clearwater LED driving lights – a top brand for higher-end motorcycles – use reversed polarity for the on/off functions, and turn off the high beams when the lights sense 12 volts (the opposite of other major brands). Arboreal Systems is aware of the oddity and its instructions offer a quick fix – quite literally, a toggle on an app submenu. That said, no one could predict all the variables farkling engenders.

Dan Grassetti, the NBB’s inventor, offers incredibly comprehensive customer service. Besides frequenting numerous online forums, he responds to emails almost immediately (always within 24 hours, in my experience). More important, there’s absolutely nothing – and Lord knows I tried – that stumps him. That’s not to say that the NBB is complicated – if I can navigate its submenus, anyone can – but knowing there’s someone who stands so firmly behind the product is a good thing.

A full-featured Neutrino Aurora retails for US$349.99; an Element version (with fewer features) costs $249.99. Both versions are available from neutrinoblackbox.com and shipping to Canada, in my experience, takes about a week. If you’re seriously into farkling or you just like having complete control of your motorcycle’s accessories, Neutrino’s Black Box is the most sophisticated power distribution module there is.