Were the Odds Stacked Against Me?

Story and Photos by: John Lewis

It was June, sunny and 22 C. The midafternoon breeze gently nudged the pillowy white clouds decorating the sky. The leaves wiggled. The birds warbled. The traffic was light. And the riding was perfect.

While cruising up the highway on my blue V-Strom, a grey Audi shot out in front of me. I saw it stop at the stop sign and the driver look at me – twice. I thought the car was going to stay put, but it didn’t. It darted out, imposing its self-proclaimed right to be ahead of me. I practice high-speed brake and evade manoeuvres for just such an occurrence and I was able to keep myself safe. But the experience was a good reminder that even when everything seems okay, that can change in an instant.

Recently, a friend of mine was not so lucky. A newly-licenced young lady stopped her car at a stop sign before entering the highway. She accidentally touched the gas, causing the car to lurch forward, and then… The police constable at the scene explained, “She was startled by [accidentally touching the gas] and when she saw the oncoming motorcycles, she panicked and hit the accelerator again instead of the brakes.”

Her mistake gave no room or time for my friend to stop or evade her vehicle. Crash! He was ejected from his bike, and his helmet was ejected from him. My friend spent the next 30 days in an induced coma. I’m happy to tell you that he’s now working on his recovery. What concerned me was that his helmet came off. A little research revealed that helmets are ejected from their riders in approximately 10 per cent of crashes.

This article is not about the dangers of motorcycling. We all know the risks. Nor is this article about whether you should wear a helmet. In a European motorcycle safety study in which 921 accidents were analyzed, helmets were found to be the most significant form of rider protection. The study found that 69 per cent of the time helmets were effective at preventing or reducing the severity of head injury. Not a big surprise. But whether you should wear a helmet is irrelevant because in Canada, unless you have a special exemption, wearing a helmet is the law. The choice also is irrelevant because if your helmet doesn’t stay on your head, you’re probably not going to be a part of the 69 per cent anyway.

What this article is about is caveat emptor, a Latin phrase that encapsulates “the principle that the buyer alone is responsible for checking the quality and suitability of goods before a purchase is made.” In other words – buyer beware! For motorcycle helmets, this includes its fit. 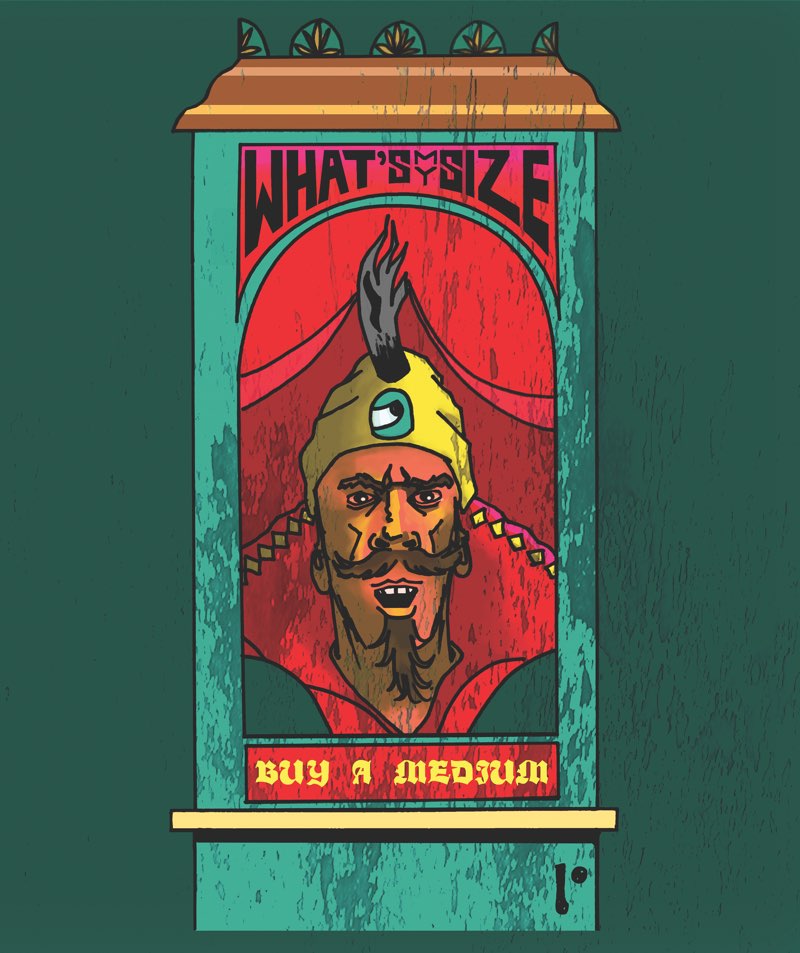 When I came back to motorcycling, I was serious about getting a properly fitted helmet. I had been away from riding for a long time and needed help, so I thought my best option was to go to one of the most reputable motorcycle dealers in my area.

During the motorcycle show, the dealer had a “25 per cent off everything” sale. Although I had not purchased a motorcycle and wouldn’t need the gear for months, the dealer’s salesperson agreed to let me buy everything I needed at the “show” price and me pick it up in a couple of months. We went through all of the gear, carefully fitting each piece as we went. The last item was the helmet. I told the salesperson my head size – I had been measured by a certified Arai representative at the motorcycle show – and the salesperson proceeded to find a brand and size that would fit the size and shape of my head. She tugged and twisted, pulled and pushed, then recommended the selected helmet. It was a large.

Two months later, I went into the store to pick up my gear and met a new salesperson. I tried on the same model of helmet again. He also tugged and twisted, pulled and pushed, then recommended I try on the medium. After his fitting regimen, he told me that medium was my proper size. I don’t remember what he said that made me lose my trust in him, but something did. I left without a buying a helmet, and later I called the store manager. I told him I was having a problem getting consistent advice from his staff and asked if they had a helmet-fitting specialist. They did, and an appointment was made for me to meet Tom (not his real name).

When I met Tom, he told me that he had fit helmets for several Moto GP racers. “Cool,” I thought. “I got the right guy.”

I donned the previously recommended, size medium helmet. After tugging and twisting and pulling and pushing, Tom told me I needed a size small. I put on the small and wore it for about 20 minutes. There were a couple of sore spots on each side of my head, which I told Tom about. “You do realize what’s causing those sore spots? It’s just Styrofoam,” he said as he gently kneaded the Styrofoam from the package lying on the counter. I missed what he was hinting at completely.

I took a break and walked around the store for a while, then tried again. As before, it didn’t take long for the helmet to hurt. I brought this to Tom’s attention. We discussed it until, more gently than I likely deserved, he coached, “You can listen to an expert, or you can do what you want to do. It’s your choice.” Tough love, I guess. I listened to Tom and bought the small.

Then the Light Turned On 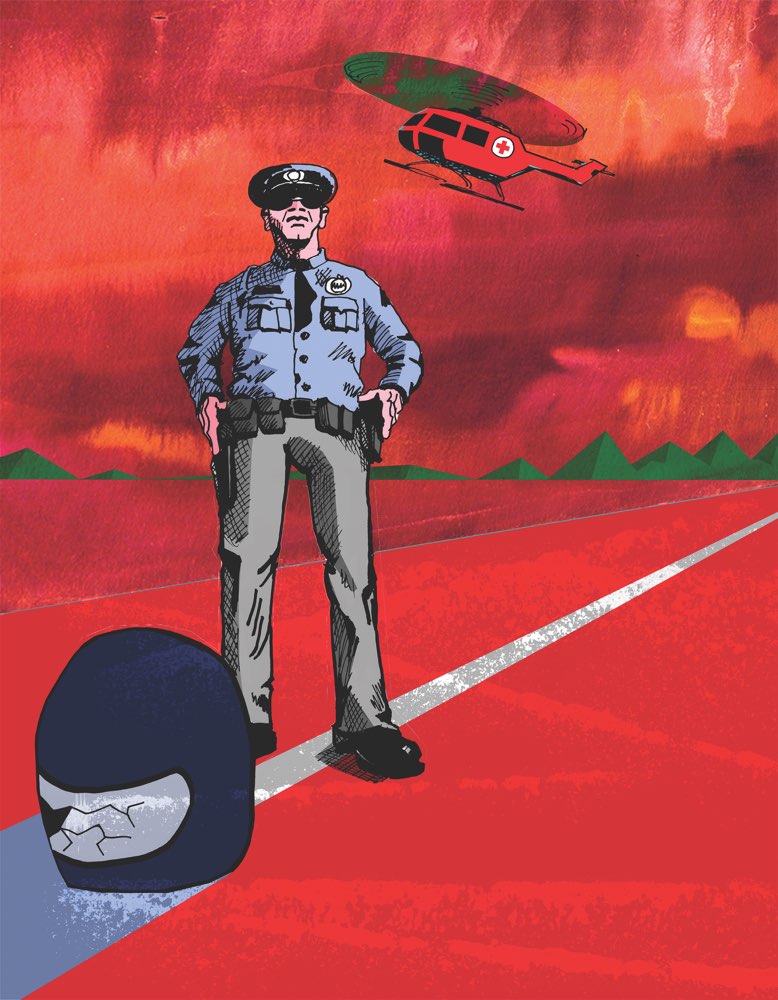 When I tried on my new helmet at home, I still had sore spots. I was frustrated. Had I been pressured into buying the wrong size? Then I remembered what Tom had said: “You do realize what’s causing those sore spots? It’s just Styrofoam.” I got an idea. Since the bulk of my helmet was matte black, I got out the flour. I wore my helmet until I felt the sore spots, then dipped my fingers into the flour and touched the outside of the helmet where the sore spots were so I could find the corresponding spots on the inside liner after I took off the helmet. There were two spots on both sides about the size of a dime where the problems were. I gently kneaded the helmet’s interior foam –several times – until my helmet fit the contour of my head. My helmet has fit comfortably ever since.

An Australian study found that “…the motorcyclist’s impression of fit is not a strong indicator of helmet stability [in a crash].” This study also found that “the size of the in-use motorcycle helmets did not correspond well to the predicted size based on head dimensions, although motorcyclists were generally satisfied with comfort and fit.”

A report called Testing Positional Stability of Motorcycle Helmets specifically discusses these issues and states that motorcyclists will often accept a size too big for them in order to avoid getting sore spots. If I had not heeded Tom’s advice, I would have done just that. But, maybe I shouldn’t have kneaded the sore spots out of my helmet. Maybe I should have looked for another helmet instead. I tried many and I settled on the one that was the closest fit, based on my head shape and size. All the others I tried were much worse. The report concluded: “Irregularities of shapes of the human head are numerous and a few motorcyclists will have difficulty in acquiring ‘best fit’ without some problem of contour match.” And, the report continued, the most important factor in a properly fitting helmet (one that won’t roll off) is the “match between the exterior of the motorcyclist’s head and the interior contour of the helmet.” With a little bit of kneading, I believe I got the best contour fit possible.

Have You Tested Your Helmet Recently? 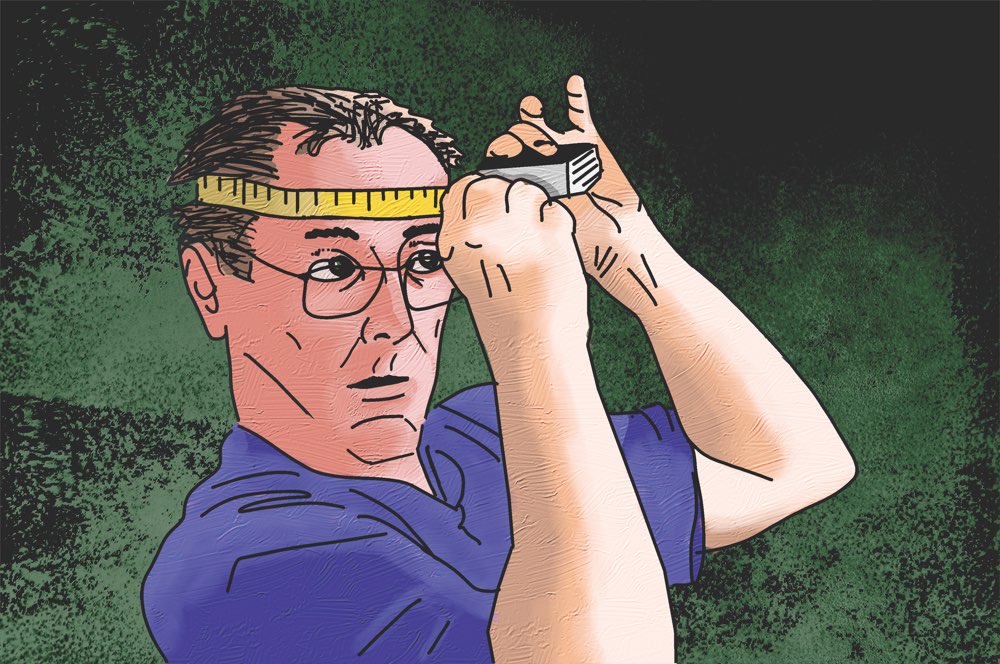 I ride on 0 C days. I ride on 42 C days. And I ride in everything in between, including earth-scorching sun, rain, fog and sleet. My helmet takes a beating. Yet, whatever I put it through, when I need it, it has to perform at 100 per cent. To ensure my helmet’s efficacy, every year when I don my helmet for a new riding season, I ask the same questions and put it through the same fitting tests I learned from Tom. Has it gotten old? (More than five years old?) Has it gotten loose? Do I need a new liner? Do I need new cheek pads? Is the helmet still a perfect fit? Then I take the actions I need to take to make sure the helmet is up to the job for another season. During an accident is not the time I want to find out that my helmet no longer fits well.

I believe that fine-tuning my helmet – kneading the interior foam where the sore spots were – was necessary to fit it to my head’s shape. But my path wasn’t an easy one. If you consider what I went through, I almost didn’t stand a chance. Giving in too early and listening to the first salesperson or the second salesperson – or not listening to the third one because he was suggesting a helmet that hurt – would have been far easier. And I would have ended up with a helmet that might come off in a crash.

I’m glad I took the time and patience to find Tom and to listen to him. I’m glad the coin finally dropped and I figured out what Tom couldn’t tell me, but what all the experts probably know and do anyway. And I’m glad that I learned that although salespeople may have good intentions, good intentions aren’t good enough for the most important piece of protective equipment a motorcyclist has. I drove 110 km to get Tom’s advice, and I’m glad I did.

I don’t know why my friend’s helmet came off. We’ll probably never know. I do know I could have been the one in the accident. When I set out to buy a helmet, the odds seemed to be stacked against me. Buying a poorly fitting helmet seemed to be far easier than buying one that fit. Looking back, I’ve learned that the only way to tilt the odds in my favour is to take responsibility and stay the course until I am absolutely certain I have a proper-fitting helmet.

And what do you call that? Caveat emptor. It’s my head, after all.