Since Norton Motorcycles’ inception in 1902, the brand’s history has been glorious at times. This is not one of those times.

The eventful history of Norton Motorcycles (U.K.) Ltd. – owner of the U.K.’s most historic sporting brand – took yet another twist on Jan. 30, when the Castle Donington-based manufacturer was put into administration (similar to Canada’s Companies’ Creditors Arrangement Act [CCAA] filing or Chapter 11 bankruptcy in the U.S.). The insolvency process was triggered when Norton was taken to court by Her Majesty’s Revenue and Customs (HMRC, the tax authorities in the U.K.) for payment of £300,000 (approximately $516,000) in outstanding taxes. The case was adjourned until Feb. 12 after the HMRC learned that Norton had already reduced that sum from the initial £600,000 ($1 million) outstanding and still was making regular payments.

However, on Jan. 30, BDO/Binder Dijker Otte, an accounting firm, was appointed administrator for Norton (a publicly traded firm) and is presently assessing the chances of the company being reconstituted for sale as a going concern after attempts to save the business failed to secure the financial backing needed to continue trading. The undercapitalized firm had previously launched a crowdfunding venture last November with a view to raising the cash required to fulfil its apparently healthy order book, but the supposed lure of a single investor (who has never been identified) withdrew an offer. This left Norton unable to resolve its cash-flow issues, and thus the company is in the hands of its administrators. 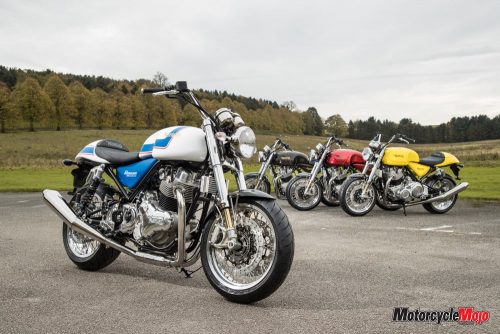 This event prompted Norton CEO Stuart Garner’s statement on Jan. 31: “I’m devastated at the events over the last 24 hours, and personally have lost everything. However, my thoughts are with the Norton team and everyone involved, from customers, suppliers and shareholders, at this truly difficult time. Without [any] dialogue Metro Bank appointed BDO [as] administrators yesterday. We are now working positively and proactively with BDO to ensure Norton has the best possible chance to find a buyer. [Manufacturing in the U.K.] has become increasingly difficult, with a growing tax burden and ongoing uncertainties over Brexit affecting many things, [such as] tariffs, exports and availability of funding.”

Garner personally owned 86 per cent of Norton Motorcycles’ equity, with the balance held by three long-time friends, each with a small single-digit percentage shareholding.