Where are all the electric motorcycles?

Indeed, “Electric motorcycle sales are up by 100/200/300 per cent” scream so many press releases. The intimation is always the same: gone are the days of the piston. Say hello to the high-performance anode. Electric motorcycles are taking over, here and now. So saith the soothsayers.

I only ask because I – he who still stops at every parked bike to peruse its “history” – have never seen a battery-powered motorcycle in the wild. In fact, in researching this article, I asked a number of my fellow motoscribes and other than those in blissfully utopian California, I couldn’t find anyone who has ever seen one on the road. Now, understand that I am not talking about one of those pathetic little 10-inch-wheeled electric scooters that plague urban sidewalks. I’m talking a real motorcycle with 17-inch wheels, full-size ergonomics and, well, a motor – it’s no longer an engine! – capable of something more than 50 km/h.

They Do Exist, Sort Of 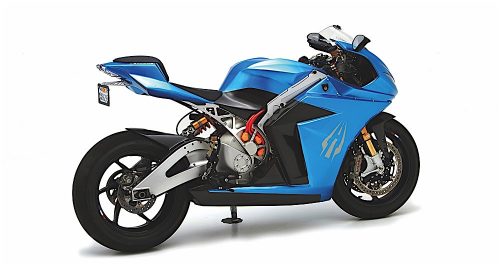 Now, don’t get me wrong; I’ve ridden a few electric bikes. Indeed, pretty much every motorcycle journalist I questioned has sampled all the latest – Harley’s latest LiveWire, various Zeros, etc. – but those rides have always been on one of the extremely orchestrated press events we lucky motorcycle journalists get to attend. But, again, not one of my fellow motojournalists has ever seen someone riding an electric motorcycle they bought and paid for.

How can that be? How can something so publicized be so invisible?

Well, the first need to know that actual sale figures for ebikes are extremely hard to find. Ebike manufacturers are incredibly free with percentage growth figures, but actual sales figures remain impressively elusive. The few statistics that are available are but estimates, and even then, the number are incredibly small.

For example, Motorcyclesdata.com estimates that Zero – the biggest player in ebikes – sold less than 3,000 Zeros in 2018. That’s particularly dispiriting, given CEO Sam Paschel once claimed that that his company sells “more every year than all our competitors combined.” That’s global sales, by the way; in North America, the most anyone will estimate is the company pushed out fewer than 1,500 battery-powered DS and FXs. Do the math and ebikes, at their very best, are less than one per cent of the North American motorcycle market. At their worst, ebikes are but a trivial pimple on the butt of traditional motorcycle sales.

In the same year, Motorcyclesdata.com states, Zero sold fewer than 900 units in Europe, the other major market for high-priced motorcycles, in 2018. Meanwhile, Energica – they of Moto-E fame – boasted a gross revenue of €3.25 million in 2019. That’s about US$3.5 million. Typically, Energica’s ebikes retail for around 25 large. Do the math and, at best, that works out to be about 140 electric motorcycles for 2019. On the international market, it would seem, electric motorcycles might be even more insignificant.

Nor can this disparity between hype and reality be blamed on the fact that electric motorcycles are brand-new. Zero is not some startup still trying to find its feet. The company was founded in 2006, has had some $200 million in funding and its first street-legal ebike was produced in 2009.

Those pointing at Tesla’s incredible success as a harbinger of the potential for electric motorcycles should probably note that the giant electric vehicle (EV) maker has only been around three years longer than Zero, and Tesla’s Roadster was launched only a year before Zero’s first street-legal ebike. 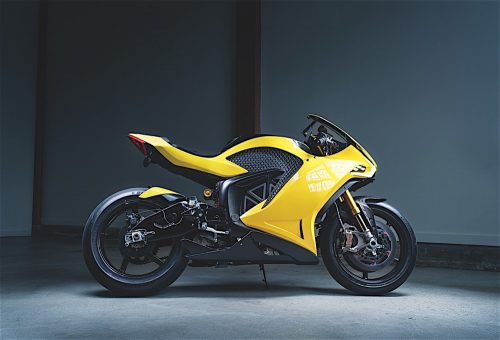 So, why have four-wheeled EVs taken off and electric motorcycles are ignored by everyone but hopeful motoscribes?
Part of the problem is certainly that battery power is particularly ill suited to motorcycles. Automobiles have the (only slightly inhibited) capacity to add ever more batteries. There’s a lot of real estate between four wheels – EV batteries usually form the “platform” that runs beneath the body from axle to axle – able to house the requisite lithium ions. And the added weight of all that battery – close to 554 kg for Teslas boasting 100 kilowatt-hours of lithium-ion – is not debilitating, especially to North American consumers used to porky luxury cars. Even for sports cars – Porsche’s new Taycan comes to mind – all that extra weight can be well disguised because: a) the EV has 750 hp on hand; and b) all that battery weight is kept low to the ground. Cars, unlike motorcycles, love a low centre of gravity.

Using those same energy densities, getting sufficient range out of an electric motorcycle would, with current – even foreseeable – technologies, require a battery roughly the size of a good, ole ’Merican V8. Yup, every electric bike with a highway range sufficient for touring would probably be the size – and weight – of a Boss Hoss.

But what about all the claims of 320 km ranges we keep hearing about in the press? Well, here’s a little reality check. Despite the much publicized rating of 235 km in urban use, Harley’s LiveWire and its 15.5 kilowatt-hour battery boast exactly 120 km of range at 120 km/h.

On the open road, that’s one hour of steady-state cruising. The LiveWire also takes about an hour to “refuel,” even on a fast charger. Yes, that means you’ll be charging an hour for every hour of riding, a pretty darned tedious cross-country tour. For those complaining that I am picking on Harley, note that while the much ballyhooed Zero SR/F is capable of 260 km in stop-and-go traffic, its range on the highway is but 132 km at 120 km/h.

Indeed, ignore all the bluff and bluster about speed and torque lauded in every review of an electric motorcycle and it’s amazing how much they weigh compared with how much highway range they can generate.

That’s true of even electric racing motorcycles: John McGuinness, who truly loved riding one in the all-electric TT Zero at the Isle of Man, admitted that his Mugen’s biggest issue was avoirdupois. In fact, his race bike weighed 254 kg. That’s a lean, mean racing machine with lightweight brakes and carbon-fibre bodywork that weighs about the same as my Suzuki V-Strom 1000 … with bags. And the Mugen still didn’t have enough range to do two whole laps of the 37.73-mile TT course. (You knew, right, that the TT Zero was but a single lap because none of the racers could complete a second 37.73 mile lap and would have required about an hour of charging to go around a second time?)
Pack enough battery to allow even a superbike to get 150 miles to a “tank” and it might weigh over 315 kg. As for what a full-boat tourer with 500 km of juice might tip the scales at, I can only guess, but I suspect a Yamaha Star Venture would be a lightweight dirt bike by comparison.

This lack of energy density is a problem that even subsidization – the lifeblood of the electric car industry – can’t seem to solve. The Quebec and British Columbia governments will both slap $2,000 on your seat if you buy an electric motorcycle. And yet, La Belle Province, perhaps our country’s most motorcycle-mad and electric vehicle-
friendly province, has had but 65 electric motorcycles registered – almost all of them Zeros – in the past decade. In other words, it may take some time – probably until a more efficient technology than lithium-ion becomes mainstream – until electric bikes find a substantial audience.

What makes any extended development time frame problematic is that many nations have announced their intentions to ban internal-combustion engines – the U.K., for example, states internal-combustion engines will no longer be for sale after 2032. Expecting an exemption for motorcycles is probably wishful thinking. Expecting the industry to come up with a touring-style electric motorcycle that can manage, say, 400 km of highway range, be charged in anything less than an hour and not weigh as much as small pickup truck is probably even more so. Does this mean the end of motorcycling – or, at least, motorcycle touring – in countries like Britain?

One final note: buried deep in a recent Energica presentation to potential investors is its calculation that the global “high-performance electric motorcycle market” in 2017 was 527,917 units. I can only find about 5,000 of those. Such is the divide between hype and reality when it comes to electric motorcycles.