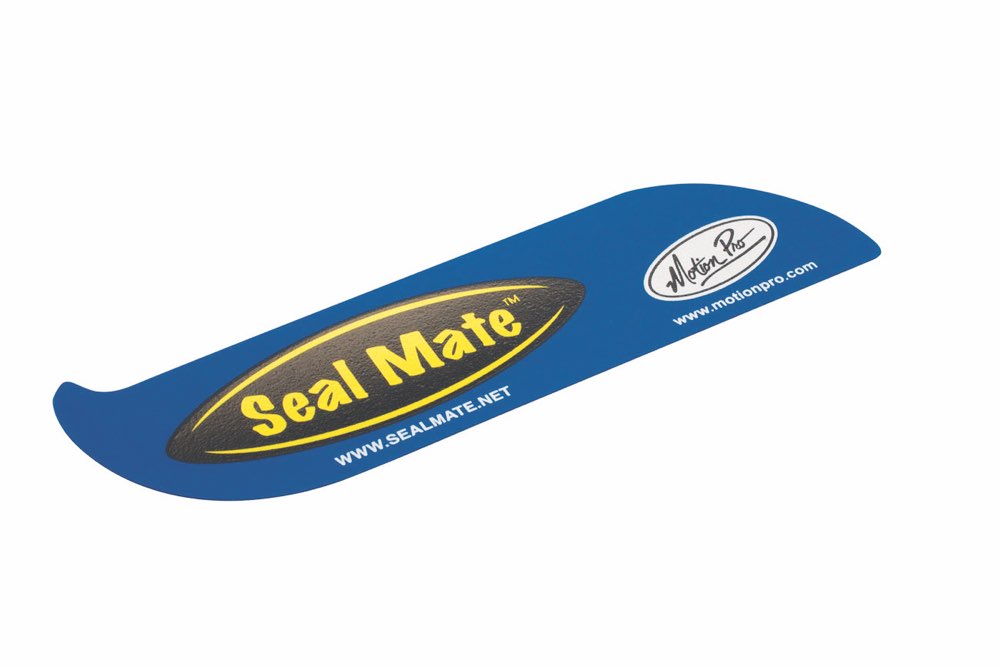 This inexpensive tool could save you hundreds of dollars.

Seal Mate is, without a doubt, the most cost-effective tool in all of motorcycling. This seemingly innocuous little piece of plastic will fix the vast preponderance of leaky fork seals. We’re talking, according to some experts, of being able to repair more than three-quarters of gushing forks in less than, oh, about five minutes.

And it’s oh so very simple. All that one has to do is remove the upper dust cap, then place the thin plastic strip vertically against the fork in question above the oozing seal. Then, making sure the curved “hook” end is facing down (i.e., into the seal), curve the Seal Mate around the tube, then force it down past the seal. Don’t worry; it can’t go too deep; it will eventually bottom on the seal’s lower boss. Now rotate it around – ensuring that the hook portion is moving forward – for one complete revolution, then remove it.

Look closely and you’ll probably see some dirt particles mixed in with all the grimy oil. That’s what the hook is for – to gather up said dirt, which is preventing the seal from mating with the fork tube. Repeat as necessary – probably about three or four times – until there are no more particles. Now pump the forks up and down to reseat the seals. This is probably the longest part of the process. It’s certainly the most vigorous. And don’t worry that some fork fluid still leaks out during the first few pumps. Said excess will go away as fork and seal become as one again.

That’s it. Maybe five minutes per fork leg, and most of that is the aforementioned reseating of the seal. The Seal Mate costs but $13.43 from fortnine.ca and it’s amazing how large a leak it will fix. My old Honda’s tubes looked like they’d spouted a geyser, pumping 5W oil all over fork lowers and brakes alike. Five minutes on each seal probably saved me about $300 for a professional fork disassembly. Like I said: Most. Cost. Effective. Tool. Ever.