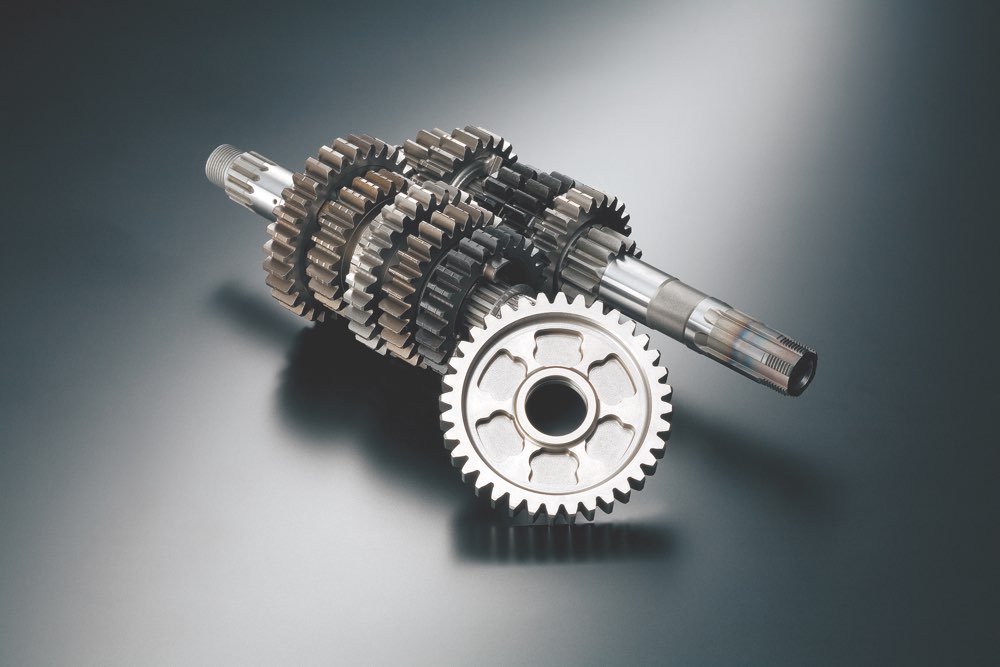 A quick shifter is essential when time or momentum is critically important.

One feature that has been appearing more and more often on motorcycles is the quick shifter. In reviews, a quick shifter is described as allowing a rider to shift gears on a manual transmission without closing the throttle or pulling the clutch lever. On the road, there’s no real benefit to using a quick shifter other than perhaps convenience; but on a racetrack, shifting with the throttle wide open and without pulling the clutch lever can cut tenths of a second off lap times. Another benefit is when riding off-road, where in tight, technical situations the time saved using a quick shifter allows a rider to maintain critical momentum, which may make the difference between completing a difficult section or stalling the engine. But how does quick-shifting work? 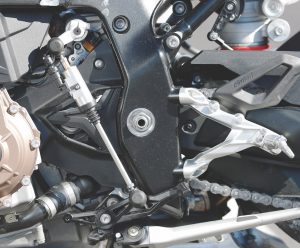 To understand how a quick shifter works, you must first understand some basic principles of manual motorcycle transmissions. Transmissions utilize a mechanism connected to the shift lever that actually slides selected gears from side to side on a shaft. These gears are always engaged with their mating gears, but it’s the sliding motion that actually engages the nubs protruding from the side of the sliding gear, called dogs, into the gear next to it, and thus allowing power to transfer through the transmission and to the bike’s back wheel. That’s a very simplified explanation, but any load placed on the sliding gears will prevent them from sliding, and if the gears cannot slide on their respective shafts, gears cannot change.

Load on the gears comes from two directions: when on the gas, the engine’s torque loads one side of the teeth, and when off the gas, the bike’s momentum causes the rear wheel to put load on the other side of the teeth. The only reason the clutch is used when shifting is to relieve this load on the gears, thus allowing them to slide freely on their shafts to permit gear changes. The only reason the throttle is shut when shifting is to prevent the engine from revving up when the clutch is released, which smoothes out gear changes. The gears need only a momentary release of the load placed on them in order to allow gear changes – just a fraction of a second, in fact. A gear change can be made without pulling in the clutch lever by co-ordinating a well-timed and short chop of the throttle, but this action is imprecise and may lead to missed shifts.

A quick shifter is designed to momentarily release the load on the gears by cutting the ignition for just a few milliseconds at just the right moment. A quick-shifter system, whether factory-installed or an aftermarket unit like one from Dynojet or Bazzaz, incorporates a sensor in the shift lever that sends a signal to the system’s control module as soon as movement in the shifter is sensed. The control module then tells the bike’s ECU to cut the ignition for just a few milliseconds, allowing the rider to complete the gear change without pulling in the clutch lever or shutting the throttle.

While momentarily cutting the ignition relieves the engine torque on the gears when the engine is driving the rear wheel, that process has no effect on the load put on the gears when decelerating. To do this, either the clutch lever has to be pulled or a well-timed, momentary blip of the throttle is needed. A quick shifter designed for bi-directional gear changes utilizes the same sensor to measure shifter movement, but the signal sent by the sensor signals the control module to tell the bike’s ECU to give the throttle’s servomotor a quick blip. Of course, to do this, the motorcycle must be equipped with ride-by-wire throttle control.

The timing and duration of both the ignition interruption and the throttle blip are either programmed into the ECU on OEM systems by the bike manufacturer or they must be calibrated on an aftermarket system by trial and error by the user. This adjustment is critical for the system to provide smooth gear changes.

I learned of the value of a quick shifter years ago, before such systems were commercially available, when I was drag racing a Sportster professionally. To make clutchless gear changes with the throttle wide open, I rigged the horn button to cut the ignition when pressed by wiring one side of it to the ignition coil feed wire and the other to ground. Pushing the horn button then instantly killed the ignition. With the throttle pinned, I would fan the button with my left thumb while resting my foot on the reversed-pattern shifter. The momentary relief of the load on the transmission allowed my foot to drop the shifter into the next gear. All I had to do was to keep an eye on the tachometer and hit the horn button on cue for a blistering time.