Home / News and Press Release / So you’re thinking of watching Long Way Up? You should read this first. 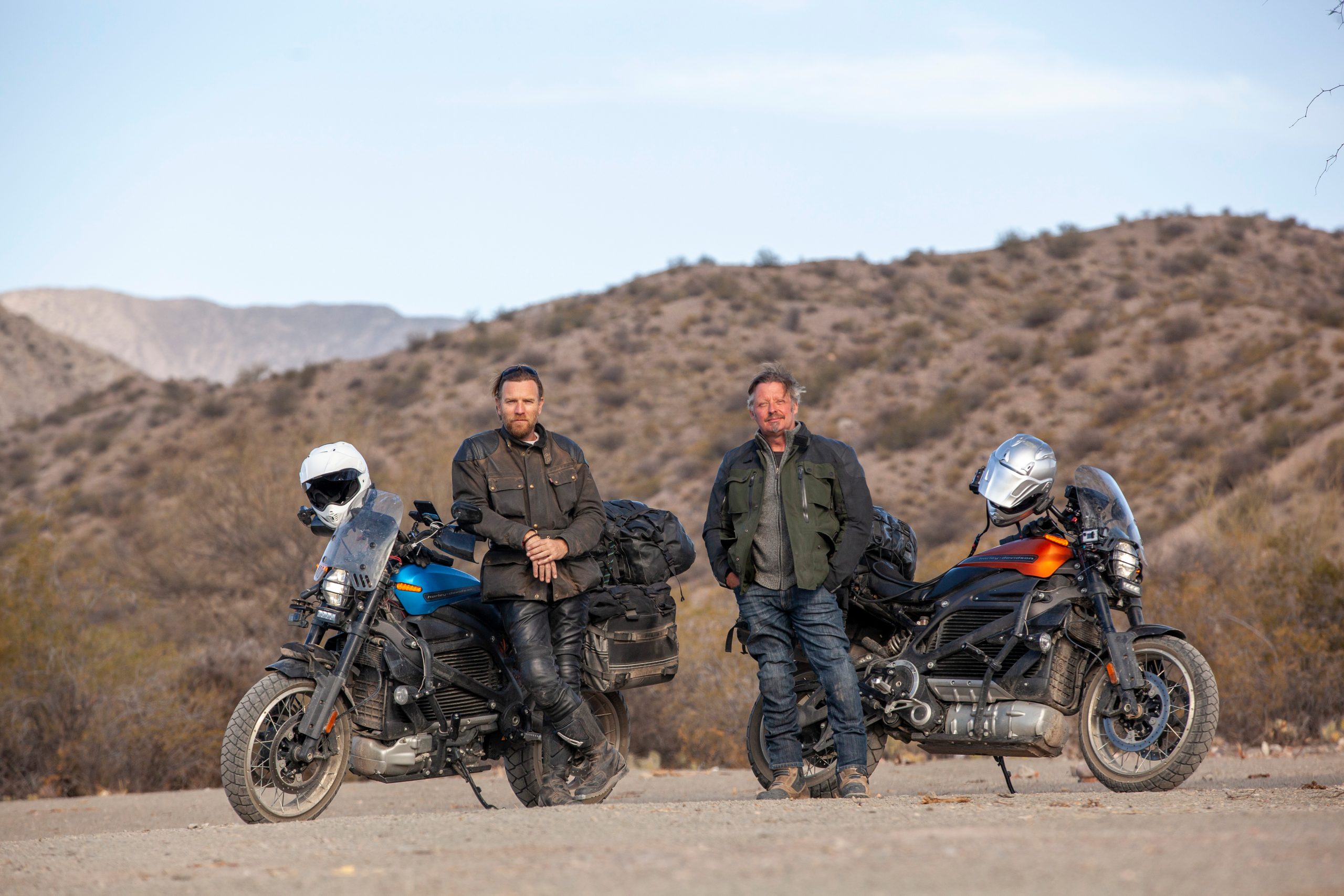 A brief review of what viewers can expect from the third installation in the Long Way series with Ewan McGregor and Charley Boorman.

There’s no doubt there was excitement around the world as it was announced that we would be seeing another trip documented with Ewan McGregor and Charley Boorman, the excitement and anticipation built further when it was leaked that they would be attempting the 20,900 km (13,000 mile) trip over 100 days on the electric Harley-Davidson LiveWire.

We got a sneak peak of the series and we thought it would only be appropriate to fill you in on what you can expect without giving much away. Although to be candid, I haven’t gotten through all the episodes yet; it seems I can’t consider binge watching the series as part of my job.

The Long Way Up documents McGregor and Boorman’s trip from Ushuaia, Argentina, (southern tip of South America) to Los Angeles, U.S.A., from September to December 2019. The series has a heavy focus on renewable and sustainable energy along with shining a light on some of the steps taken in preserving indigenous culture and protecting natural areas.

We all know the LiveWires were put to the test during this long haul, but on the trip there was also two electric trucks; the first of their kind. Rivian built the first two prototypes to be tested on the trip. The Harley LiveWires were also prototypes that were then adapted to be more adventure capable before the motorcycle’s official release this year. Together these vehicles are put to the test and we see the trial and error of how tough it is to travel with electric vehicles and the consistent planning involved in completing a long trip through remote South American countries.

Because of the nature of electric vehicles, we do see the crucial expedition elements of wilderness and camping suffer greatly through the trip. Although we see them camp a few times, they more often than not resort to hostels, hotels, or people’s houses in need of a charge throughout the night. Alternatively, this offers a closer look into the lives and hospitality offered in these incredible countries.

As with most trips the excitement isn’t held in the riding, but more-so with the overall experience. You can expect to see lots of standing on the side of the road wondering whether the riders or one of the chase trucks will be stranded for the night in the desert, and intimate interactions with locals and the environment that have a tendency to create a heavy desire to stop watching and immediately start travelling on your own.

With any filming during a trip or expedition there is some element of production, and at times you can tell that some of the “realness” is lost in production, however the crew does a good overall job of maintaining an unfiltered experience throughout the trip. The expedition consists of six vehicles: two electric motorcycles, one gas-powered motorcycle, two electric trucks and one diesel sprinter. It’s hard to tell how many people travel with the two at any given time as they have local producers that change from country to country.

Along with many tows and lack of battery charge you can also expect to see your fair share of breakdowns. As one would expect from prototypes, it was only a matter of time before a bolt rattles loose on a LiveWire, and only slightly longer for things to go mechanically awry with the Rivian truck.

Overall I’ve been really happy and excited to turn it on every chance I have. With each episode ending with a cliffhanger and serving up important afterthoughts about the state of our planet, different cultures and what the future will look like with different forms of energy.