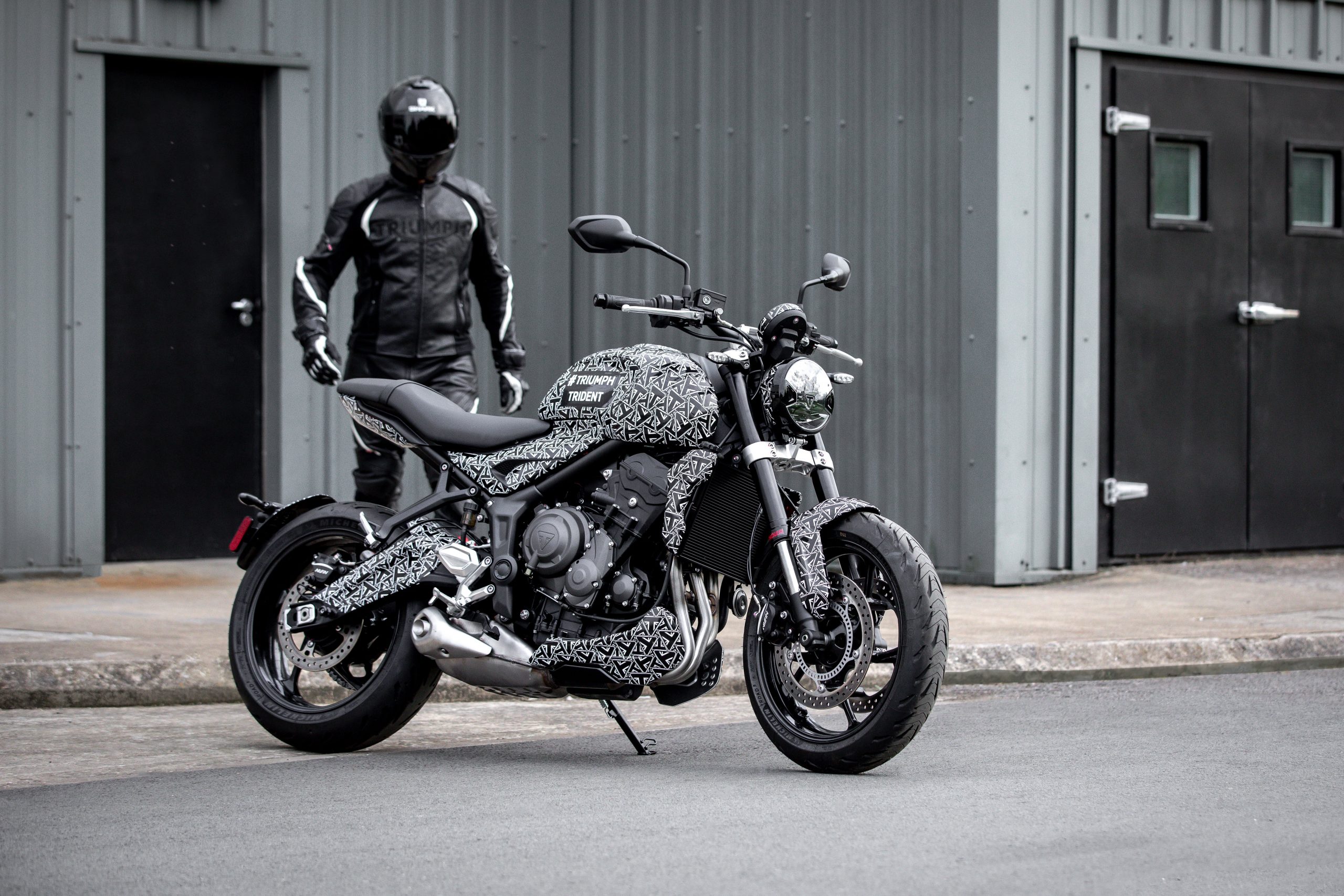 Triumph has announced that the new Trident is in its final testing before release. The new Triple will soon make its entrance into the middleweight roadster world as it’s in its final stage of testing at Triumph’s HQ in Hinckley, UK.

In August 2020, the world got it’s first view of the Trident prototype at the London Design Museum after photography showed the last stage of development before the official launch. The images show a camouflaged Triumph Trident marking the end of a long four-year program of original British design. With fine-tuning in the works right now for the Trident creating an agile, rider-friendly chassis and ergonomics, Triumph believes the characteristics will make the Trident a top choice for a new generation of Triumph riders.

The Trident will be available in the spring of 2021 and as for the full reveal we can expect to see it in the next few weeks.