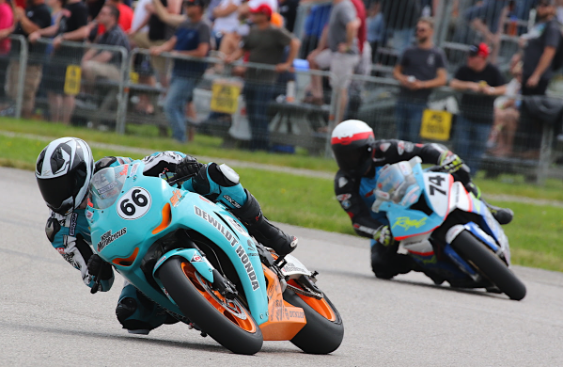 The Canadian National Superbike Championship organizers have announced initial dates for the 2021 championship tour for the national roadracing series.

After issues, delays and restrictions caused by the pandemic, the CSBK aims to provide a full schedule of events for 2021, with the goal of awarding championships in all five National series to both Pro and Amateur status racers.

Events will be co-hosted by Pro 6 Cycle. Pro 6 Cycle’s participation in the delayed 2020 CSBK Series was crucial in the development of a new format given the issues surrounding the ongoing pandemic.

“2020 was a tough year for everyone in many ways, and we are grateful we could eventually put together a program with Pro 6 to stage events for the 40th anniversary of the Canadian Superbike Championship,” explains series founder Colin Fraser.

“CSBK and Pro 6 are now working on all the elements of the 2021 National program and have based our plans on an expectation of no or extremely limited spectator participation in 2021, much the same as in 2020. Everyone involved is optimistic about the return of our crowds, but we do not expect that to happen until mid-summer of 2021 at the earliest.

CSBK also plan to include a fifth event at either the top or the bottom of the 2021 schedule and asks competitors to be prepared to race as early as late May 2021. The plan for next summer’s race season is to have two Pro Superbike Feature races per event, with a total of ten races counting toward the 2021 National overall Championship and number one plate.

The 2021 series opener marks a return to the traditional Grand Bend date, unavailable last year in the earliest portion of the pandemic.  The second round at Calabogie will provide a full National event at the popular circuit for the first time since 2015, based on the success of the 2020 National opener.

The potential ten race Pro Superbike season would be the longest-ever in the 41-year history of the CSBK Championship, and would be popular with Feature class racers, since more events makes it easier for Championship points contenders to overcome a mechanical or competition issue.