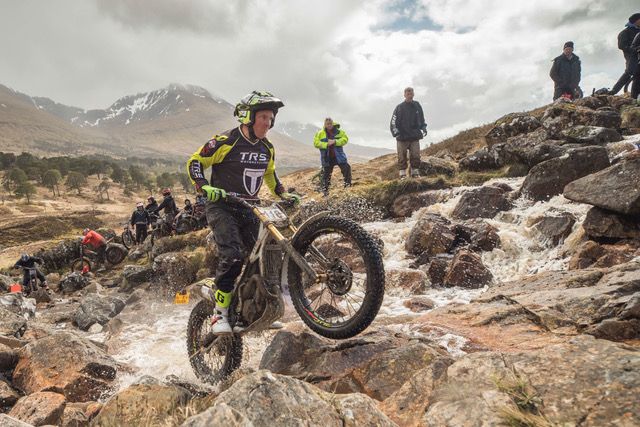 The Scottish Six Day Trial (SSDT) is one of the oldest motorcycle competitions in the world and heavily supports the Fort William economy every year in May. The event started in 1909 when the event was a five day trial traversing Scotland. This will be the second year that the SSDT has been cancelled consecutively because of the pandemic. This is the third time through its history that the event has been disrupted because of disease, with the last disruption in 2001 with the Uk “Foot and Mouth” Disease. In addition to those disruptions the event has also been cancelled previously due to world conflicts in 1914-18 and 1939-45.

“It is with a heavy heart that the Edinburgh and District Motor Club has taken the decision, as a result of the ongoing global COVID-19 pandemic, to cancel the 2021 SSDT and the Pre’65 Scottish trials.

We realize that this will be a massive disappointment to many people. However, we are making an early, logical decision to provide fans and everyone else involved in the event as much notice as possible.

Competitors who have entered the events will be contacted shortly after the two organizing committees have met to decide on the way forward.”

“It is really sad news for all trials enthusiasts that the Edinburgh club have had to take this very difficult decision to cancel the SSDT for the second year in succession. The event brings in around two million pounds to the local community each year and that cannot be replaced.

Being a large event with close to three hundred competitors, I am sure this news will send a massive ripple outwards across the trials world and has dashed the hopes of many riders, young and old who aspire to ride this iconic event. It is a trial that has no parallel in modern times, be that in distance covered and in stature throughout the world.

The cancellation of the SSDT comes just one month after the announcement by the Isle of Man government that the famous TT Races on the Island suffered a similar fate.

This early cancellation policy is taken to ensure a logical decision is achieved given the circumstances and to provide certainty and clarity to riders, spectators, the factories, officials and everyone else involved in the event, which includes local people who run accommodation establishments.

I truly hope that the townspeople of Fort William and those in Lochaber, will welcome the Scottish Six Days back in 2022.”